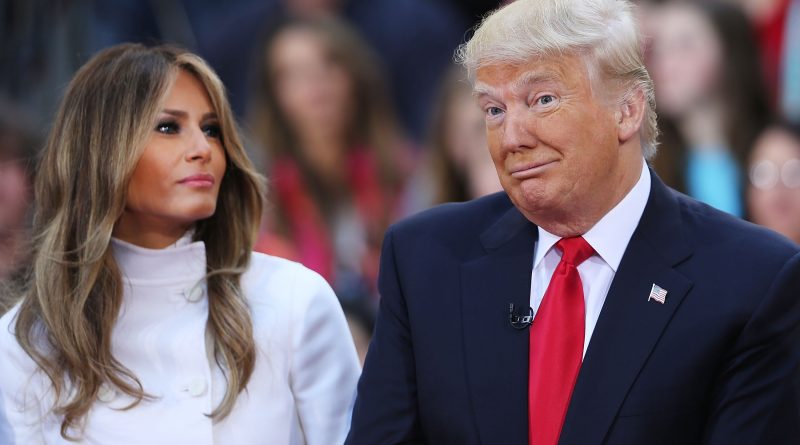 Melania Trump is counting down the minutes until her divorce from Donald Trump after their 15-year “transactional marriage,” it’s claimed.

Ex-aide Omarosa Manigault Newman claimed the couple’s marriage was over, saying: “Melania is counting every minute until he is out of office and she can divorce.

“If Melania were to try to pull the ultimate humiliation and leave while he’s in office, he would find a way to punish her.”

Melania is said to have burst into tears when her husband triumphed in 2016, with one friend saying: “She never expected him to win.”

The Daily Mirror report also adds that she also waited five months before moving from New York to Washington, allegedly because the couple’s son Barron “needed to finish school”.

But former aide Stephanie Wolkoff has now claimed Melania was negotiating a post-nuptial agreement to give Barron an equal share of Trump’s fortune, reports the MailOnline.

Wolkoff also claims Trump and Melania had separate bedrooms during their time in the White House and said their marriage was “transactional”.

In his marriage to second wife Marla Maples, Trump’s pre-nup agreement prevents her from publishing any book or giving interviews critical of him – with lawyer Christina Previte saying it’s likely Melania had agreed to something similar.

Melania has been accused of pulling her hand from her husband on a number of occasions during Trump’s public appearances as president.

Most recently, during the final presidential debate between President Elect Joe Biden and Donald Trump, Melania appeared to snub her husband’s affections.

The president and First Lady were leaving the stage alongside one another as Melania began to walk ahead of her husband.

She then appears to pull her hand away from his and strides forward.

Trump falls behind his wife and momentarily places his hand on her back before both walk off the stage.

Trump’s previous marriages have also often been seen as turbulent, with a reputation tied to a “playboy” image in the past as well as rumoured affairs.

In 1977 he married Ivana Trump, which ended when he met model Mara Maples in the early 1990s.

They went on to announce their divorce in 1997 before he met Melania a year later and the couple married in January 2005.

The First Lady, her husband Donald and their son Barron all caught Covid-19 as the virus spread through the White House.

But Melania did make efforts to stop the spread of the virus, according to a Bloomberg report.

The outlet claims that Melania told her staff to work from home unless absolutely necessary and required them to wear face masks if they had to come into the East Wing.

Bloomberg reports that Melania appeared “taken aback” during multiple incidents when she came into contact with maskless White House staffers.

According to the outlet Melania subsequently decided to limit the number of aides travelling with her aboard Air Force One.

On one trip, she was reportedly “perplexed” to see none of the president’s aides wearing masks.

On another flight, Melania reportedly asked if masks would be worn and was told yes.

But when she walked into a conference room to greet members of Congress, no one had a face covering on.

“What is wrong with these people?” she later said, according to a Bloomberg  source.