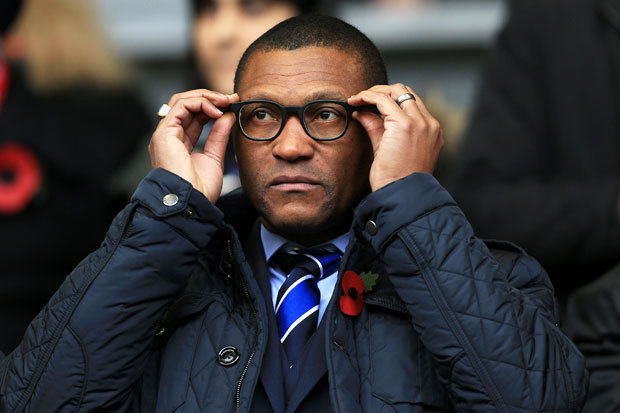 Michael Emenalo has shocked Chelsea and indeed the world of football by deciding to step down from his position as technical director.

His decision became public by Monday afternoon after the club confirmed a reported first made public by The Telegraph. While speculation has been raging over the future of head coach Antonio Conte, the Nigerian has decided to bring his 10-year association with the club to an end.

The move may be viewed in some quarters as a victory for Conte, but Emenalo has remained supportive of the Italian who he helped to appoint last year.

Analysts see Emenalo’s decision as a huge blow to Chelsea owner Roman Abramovich, who counted the 52-year-old among the few people he trusts and takes advice from.

With his help, Chelsea have won the Premier League title three times, the FA Cup, the League Cup, the Europa League and the Champions League while Emenalo has been at the club.

Conte is the 10th manager Emenalo has worked with and the former Notts County player has been a vital element of the Abramovich era. A close Nigerian associate said in Lagos, Nigeria on Monday that Emenalo wanted “to rest and take a fresh challenge.” It is also believed that he could be heading to Monaco.

Abramovich visited Chelsea’s Cobham training ground last week, when it is likely Emenalo will have discussed the matter with the Russian.

“This has been a very difficult decision to make, but one I believe is right for both myself and my family, and the club,” Emenalo said. “I have had the privilege to work alongside some of the most talented people in the world of sport over the past 10 years, and I will depart incredibly proud of the achievements we have made. I wish Chelsea every success and look forward to following the club’s future triumphs from afar.’

Emenalo first joined Chelsea with Avram Grant in 2007 and worked as an opposition scout and assistant first-team coach under Carlo Ancelotti, replacing Ray Wilkins. Abramovich’s decision for Emenalo to take over from Wilkins and sit on the Chelsea bench caused controversy and thrust the former defender into the spotlight.

He was promoted to technical director in 2011 and has been largely responsible for player recruitment and Chelsea’s vast youth network.

Emenalo has often been blamed for signings that have not worked out and the number of youngsters sent away on loan, but he has also enjoyed great success in his job.

Eden Hazard is one of his most successful signings, but Emenalo has also been responsible for the likes of Thibaut Courtois, Cesar Azpilicueta, Kevin De Bruyne and Romelu Lukaku joining Chelsea.

Emenalo was left frustrated that the likes of De Bruyne and Lukaku were not given a greater chance under former manager Jose Mourinho before they both decided to leave Chelsea.

He gained his Uefa Pro Licence this summer and his climb up the football ladder is one of the most impressive in modern football.

Born in Nigeria, Emenalo moved to the United States in 1986 where he graduated from Boston University with a degree in international relations with political sciences.

Having played with Enugu Rangers in Nigeria and then college football in America, his career continued in Belgium with Molenbeek and Germany with Eintracht Trier before moving to England to play for Notts County in 1994. During the same year he played in the USA World Cup for Nigeria and won a total of 14 caps for the Super Eagles. He turned down an offer from Nigeria to work with the national team.

It was at his last club, Maccabi Tel Aviv in Israel, that Emenalo played under Grant and that association eventually facilitated his move to Chelsea.