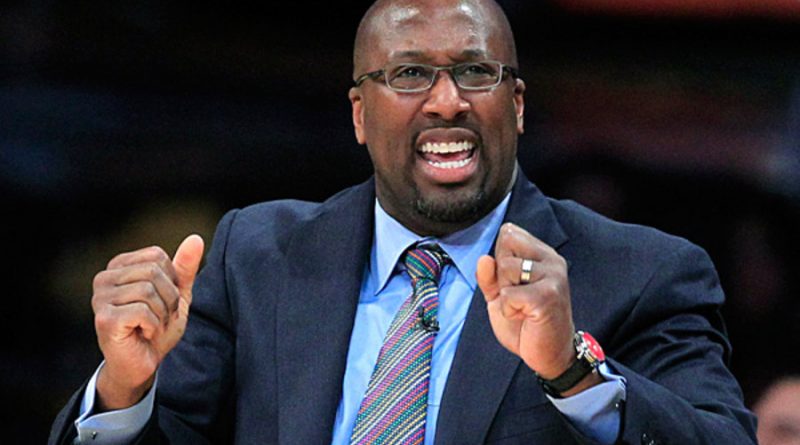 The Nigeria Basketball Federation has confirmed the appointment of Mike Brown as coach of the men’s national team. The NBBF President Musa Kida made the confirmation when he met with the media in Lagos on Wednesday.

The announcement comes as the country gears up bigger than ever ahead of the 2020 Olympic Games in Tokyo.

Brown who is currently with the National Basketball Association franchise, Golden State Warriors as an associate head coach, will lead the D’Tigers to Japan alongside, Alex Nwora and JP Bikerstaff as the federation is eyeing a successful campaign.

Announcing Brown’s appointment, NBBF President, Kida said the decision was in consonance with the federation’s long term project of turning the team into a global brand while getting the best available resources.

He said, “We know that the Olympics require the highest level of coaching and play, so we are trying to put our best foot forward and represent Nigerians the best way we can. In line with the Honourable Minister’s directive where he challenged federations to aim for a podium finish, we want to see how far we can go.”

Kida announced that Brown’s role in the team is mutually beneficiary to everybody involved as he is expected to bring his years of expertise in coaching basketball around the world when he takes charge of the D’Tigers.

“We are glad that we have been able to seal this deal. This is a win-win situation for everybody involved. The team will have enough coaches (Brown, Bikerstaff and Nwora) to handle them while the federation will focus on other things

The federation assured that the arrival of Brown will enhance the enviable achievements already made by the NBBF in the recent past.

“When we took over the Federation weeks before the 2017 Afrobasket, many people questioned our ability to deliver within such a short time. But here we are, the federation is being commended for taking such smart and bold steps all along. Nigerians must trust our decisions going forward, to build on what we have achieved.”

Brown’s long term commitment to the development of basketball in Nigeria is obvious and should be seen as progressive step.