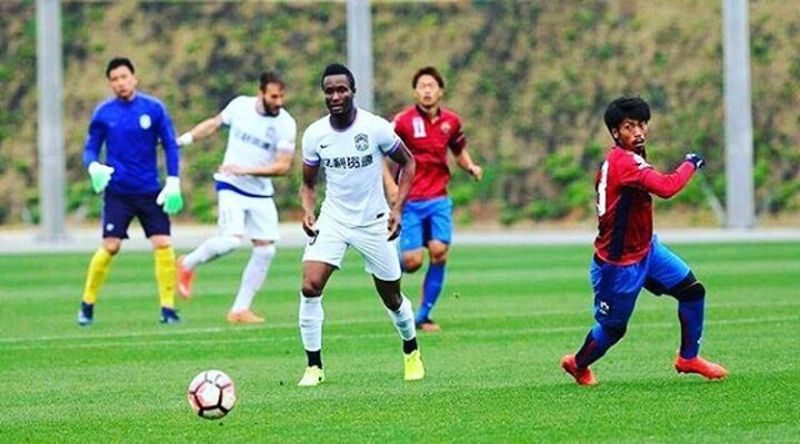 Mikel Obi was in the thick of action on Saturday his Chinese club Tianjin Teda thrashed Tianjin Quanjian 4-1 in the Chinese Super League (CSL). It was a derby clash decided at the Tianjin Olympic Centre, Extrasportsnigeria.com reports.
It looked like all smooth for the Super Eagles captain and teammates from the start to finish as Ghanaian attacker, Frank Acheampong opened scoring with a brace in the 25th and 26th minutes. Home boy and midfielder Li Yuanyi then made it 3-0 for Tianjin Teda in the 76th minute.
Brazilian star, Alexandre Pato hit the only goal for the other Tianjin in the 85th minute, and then Wang Jie scored an own goal in the added minutes to end the match at 4-1.
Unlike with his two last games for Nigeria against Cameroon, Mikel played for the entire duration of the derby on Saturday. With the win, Tianjin Teda moved from bottom to 14th position on the log with 19 points from 25 matches played so far in the current season.