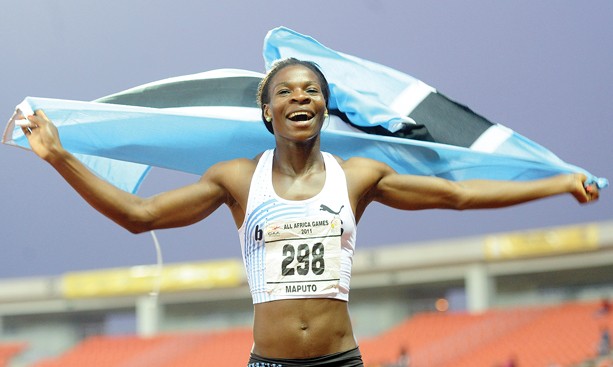 FORMER world 400m champion, Amantle Montsho, will be participating in the 2017 edition of the Warri Relays/CAA Grand Prix according to a statement signed by the Meet Media Director, Olukayode Thomas.

Finalist at the 2008 Summer Olympics, Montsho also competed at the World Championships in Athletics and the IAAF World Indoor Championships, and is a former World Champion in the 400m, winning with a personal best time of 49.56secs in Daegu.

In a message sent to the Meet Director, Yussuf Alli, the former World Champion expressed regret for missing the previous editions of the relays, especially the 2014 edition when she confirmed participation but missed the meet due to flight cancellation.

Meanwhile, secondary schools in Delta State are preparing for the annual relay where future world beaters showcase their talent to a continental and global audience.

Thomas said, “Apart from global stars like Blessing Okagbare, Amantle Montsho and others, Warri Relays/CAA Grand Prix presents budding athletes from all the nooks and crannies of Delta with a platform. Competitions to select the best from schools across the state have been concluded and the best schools will compete for medals and cash prizes in various events.”