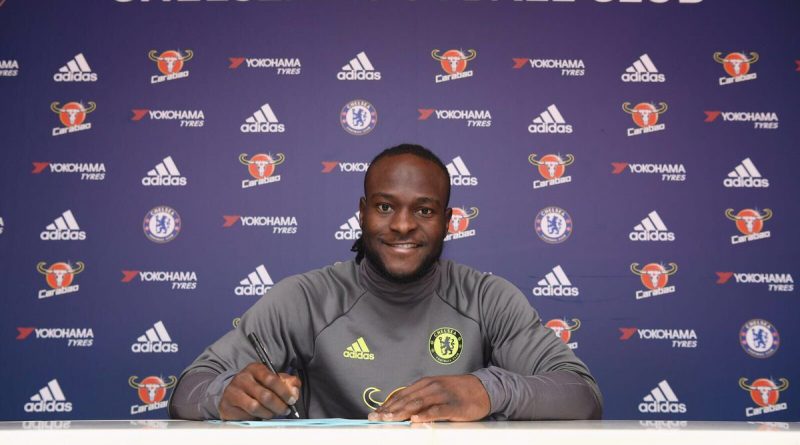 Moses, who arrived at Chelsea in 2012 from Wigan Athletic, has established himself as a regular in the side this season, playing an integral role the pursuit of silverware for the Blues under Antonio Conte. After loan spells under Jose Mourinho, the Nigerian has found his feet under the current dispensation.

His new found form has also seen him sparkling for the Super Eagles in recent times as Nigerians pursue a 2018 World Cup ticket and a return to the African Nations Cup final in 2019, reports Extrasportsnigeria.com.

The inform striker expressed excitement in signing the contract, and assured on concentrating on the team and ensuring that the Stamford Bridge team win more games.

He told Chelseafc.com, “I feel very excited. I’m delighted to be here for another few years now and to sign a new deal. Now it’s time to concentrate on the team and keep working hard to make sure we win games and try to win the Premier League this season.

“We’re having a great season, I’m enjoying my football and we have a good manager here that has given every single one of us confidence. I just want to keep on enjoying it and working hard for the team.”

Technical director Michael Emenalo, himself a former defender with Nigeria, said Chelsea is pleased that Moses extended his contract.

“We are extremely pleased Victor has chosen to extend his contract with us. He is enjoying an excellent season and, under Antonio’s leadership, has proved to be an important member of the squad.

“This new contract is testament to Victor’s hard work and dedication to succeed at Chelsea and we believe he will be a big part of our future success.”

In total, Moses has made 72 appearances for the Blues, 28 coming so far this season, scoring 14 goals.