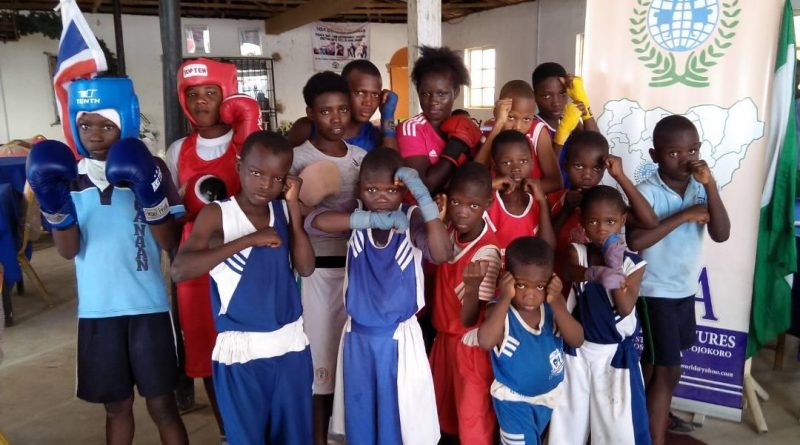 Moses Itua may never have looked like the man to give youngsters around the Ijaiye, Ojokoro area of Lagos a chance of life through boxing but that is exactly what he is working at now, Extrasportsnigeria.com reports. As a young man, Itua was a decorated fighter in taekwondo but the UK based Nigerian has thrown his weight and cash towards developing young boxers.

His initial passion for boxing has now seen him giving these young Lagosians a chance in life through boxing. The retired taekwondo fighter says he may have ventured into boxing but he certainly has not lost his love for the other game that brought him to national limelight.

He told our reporter, “Boxing is another martial art just like taekwondo, so I don’t think I have veered too far. But the truth is that my own father is a solid follower of boxing and so I started on that line before ending up with taekwondo which makes the terrain just as natural and familiar.

“But the vision I have for the kids around the rural areas can be best achieved using boxing instead of taekwondo and that is why I have carried on this way but note that I have not in any way completely left taekwondo.”

And like many other people with the mind to help develop young talents, Itua never looked at football even though it is the most popular in the country.

“It is the most popular yes but football also comes with a lot of challenges. There are too many people springing up from nowhere to hijack the kids and make them half baked. Moreover, I think kids in that line have enough help already in Nigeria.”

The man giving these young athletes a chance to develop has converted a section of his home and compound in the Ijaiye area to a centre for training these young boxers. He says he would give all he can to give these boxers a very start.

“When I first informed those around boxing my intentions, they suggested I do a national event but I turned that down because I am not doing promotion but purely developmental. Sponsoring a national competition will only give me publicity and at the end of the day nothing much is achieved for the boxers themselves. I want to run a programme such that someday I will watch an Olympic fight and see a boxer that started off in Ojokoro which is more satisfying. That is a way to feel fulfilled having raised an Olympian. As you can notice, I didn’t go to Ikoyi or Surulere where the kids have a lot more opportunities and exposure but I am using a base some people in the Western world would call a ghetto. And that is the real help.”

On Saturday some of these young boxers in the programme will be fighting in a trail competition set to identify talents. The event billed to start at 12 noon will also hold at Ojokoro. Many of the kids will enjoy a day out at the beach before the trials.