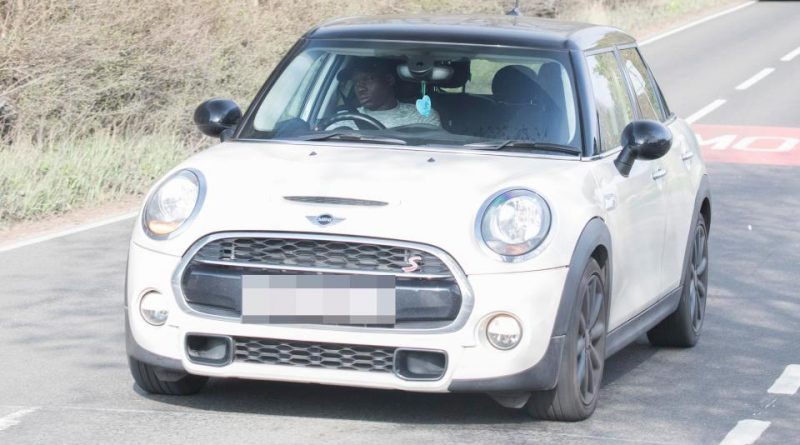 N’GOLO KANTE arrived at Chelsea training yesterday in a modest little Mini while his team-mates drove lavish supercars. Well it has been the same pattern since he joined the title chasing Stamford Bridge side, The Sun and other English newspapers have reported. And it doesn’t look likely to change now that he has been named PFA Player of the Year and set to lift the English Premier League trophy with another side in successive year.

The little man in his little car was eclipsed by his team-mates, including Super Eagles’ Victor Moses and David Luiz, who drove Mercedes G-classes costing around £100,000.

There was a cohort of Range Rover drivers, Gary Cahill, Ruben Loftus-Cheek, Diego Costa and Nathan Ake all behind the wheel of above-£100,000 cars.

Cesar Azpilicueta and Nemanja Matic drove a Mercedes GLS worth £80,000, while Marcos Alonso had a Porsche Cayenne priced at around £85,000 – with Cesc Fabregas in the passenger seat.

And even most of the youth players drove a car more expensive and flashier than Kante – not that the little Frenchman will mind one bit.

But nobody dares to eclipse Kante on the field of play. The French star may be the best midfielder in the world on current form, but he has shunned flashier motors as he loves his current ride so much.

When the hard-working French midfielder arrived in England at the beginning of last season when he signed for Leicester, he did not even have a car.

But someone gave him a second hand five-door Mini Cooper S – which starts at just £20,000 – to help him get from A to B.

He became so attached to the white car, that when the ex-Boulogne and Caen midfielder joined Chelsea in the summer for £32million, he saw no reason to change in line with his team-mates.

When the Foxes won the most unlikely of titles, Leicester City’s Thai chairman Vichai Srivaddhanaprabha spent nearly £2m to buy 19 BMW i8’s for the squad. But Kante had already moved to Stamford Bridge by then, so missed out – not that he would have minded too much.

Despite earning £110,000 per week now at the champions-elect, 25-year-old Kante revealed that flashy cars do not appeal to him.

He told the Sunday Times, “Me, I’ve never been someone who loves a car and when I was young I didn’t have the ambition of a car or something like that.

“But my Mini, for the beginning, was good to learn to drive on the left. I got it in Leicester. And I still have it now. But it’s good.”

Leicester boss Craig Shakespeare insists Kante will remain level-headed despite being crowned PFA player of the year after confirming the star still drives a mini.

Shakespeare knows Kante well after the Frenchman joined Leicester in August 2015 for £5.6m from Caen and helped them win the title last season.

The midfielder’s stunning form saw him succeed Riyad Mahrez as Premier League player of the year.

Foxes coach Shakespeare told The Mirror, “N’Golo used to come to training with us in his mini and as far as we know he still drives his mini.

“He popped in to see us recently at the hotel when we played Crystal Palace which sums his personality up. He came in to see the staff and the players. We all looked for a big Bentley outside but he is still in his Mini.

“He always keeps his feet firmly on the ground.”

Moses’ Mercedes G-class may be so much worth more than a Cooper Mini but the Nigerian still respect the little man for his immense contributions on the field of play. The Super Attacker wrote via his Twitter handle soon after Kante was named player of the year, “Congratulations @nglkante on winning the PFA Player of the Year award. Well deserved and it’s a pleasure playing with you mate.”