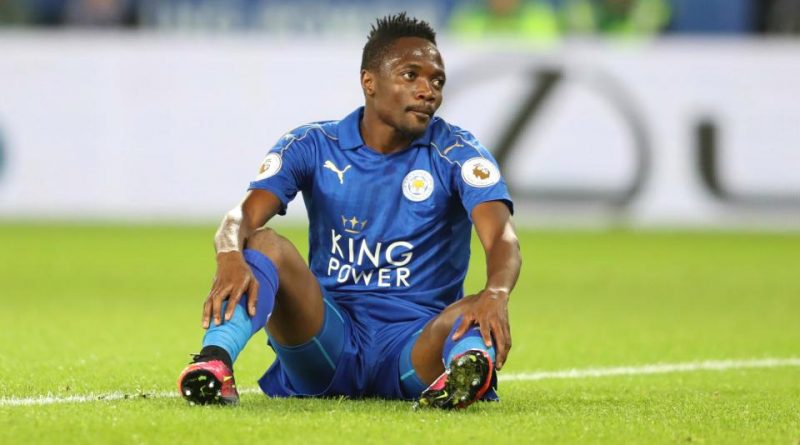 Leicester City manager Craig Shakespeare has stated that Super Eagles attacker Ahmed Musa is still deep in his plans for the team in spite of the Nigerian’s limited playing time since he took charge of the side, Extrasportsnigeria.com reports.

Musa has made only 13 starts for Leicester all season. Only seven of these games were in the Premier League. The Nigerian, instead, made major headline with allegations of wife beating this week. But as Leicester prepared for the EPL trip to Everton on Sunday, Shakespeare played down on the domestic row with his wife.

He told the club website on Saturday, “I have spoken to him and he assured me there wasn’t a lot in it. It was a police matter that has been cleared up.

“He has been fine in training. We are there to support him if he needs anything, but he has also been reminded of his conduct within the club. “They’re (players) all in my thoughts, Musa being one of them. He’s trained very well in the last couple of days.

“Players will tell you they want a run of games. When you come on this side it’s very hard to give them a run of games because sometimes there are other people in front of them.

“He’s shown glimpses and we have to make sure they’re all ready.”

Shakespeare also spoke on Musa’s compatriot, Wilfred Ndidi for disassociating himself from claims that he was targeting a move to Manchester United.

“He was proactive in terms of how he approached it. He showed maturity to quash the rumours straight away. I think it is important you speak to players and they understand how important they are to our club.

“We have done that with Wilfred and to be fair to him he has come out and said how happy he is and how much he wants to stay here.”