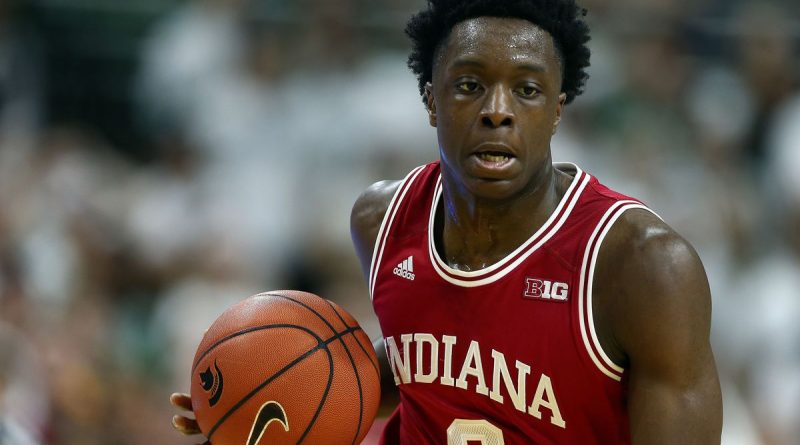 Five players of Nigerian descent were among the talented basketballers selected with the 2017 NBA Draft late on Thursday. The unprecedented number is just one year into the NBA got the national coach of Nigeria William Voigt quite excited and he reacted to the development in a sentence reports Extrasportsnigeria.com.

Voigt who won Nigeria its first African cup has said the future is surely bright for the country’s basketball.

On Friday Voigt tweeted, “The future is bright” in reference to the five picks.

The American is already warming up for a defence of the African title after his last outing at the Rio 2016 Olympics.

Ogugua ‘OG’ Anunoby – Indiana – 6’8″ 215lbs was picked at number 23 by no other than Toronto Raptors headed by a former Nigeria international Masai Ujiri. Anunoby suffered the knee injury in January and required surgery, but his numbers improved nearly across the board from his freshman to sophomore campaigns before the setback. That injury did not scare the Raptors as they look more into the future.

Going by ESPN reports this young Nigerian power forward has elicited comparisons to San Antonio Spurs star Kawhi Leonard on the high end, and more reasonable comparisons to Portland Trail Blazers Nigerian forward Al-Farouq Aminu. It is hoped that he could team up someday with Al-Farouq in the Nigeria national side D’Tigers. The Nigeria teams – men and women – has been largely dominated in the last decade by players of Nigerian decent based in the USA and Europe.

London-born Anunoby was raised in Jefferson City, Missouri by Nigerian parents. With a brother (Chigbo Anunoby) who made it to the NFL, O.G will be the second Anunoby to turn professional in a major sport.

Ike Anigbogu – UCLA – 6’10” 230lbs got picked at number 47 by Indiana Pacers. ESPN’s draft projections had suggested Anigbogu to be taken with the 17th pick of the 1st round by the Portland Trail Blazers but it was the Pacers that grabbed him.

The California-born son of Nigerian immigrants is one of the quickest big men in the draft, as evidenced by his ability to get down court before opposing bigs on fast breaks.

Bam Adebayo – Kentucky – 6’10” 250lbs was the quickest of the picks at number 12 for the Miami Heat. Experts determine that Cleveland Cavaliers centre Tristan Thompson and Orlando Magic Centre Bismack Biyombo are the best comparison for Adebayo and his game at this point.

The son a Nigerian father, Bam Adebayo moved with his mother to North Carolina from Newark, NJ at the age of seven.

Wesley Iwundu – Kansas State – 6’7″ 205lbs got in at 33 for Orlando Magic. The small forward and his Kansas State University had a short stay in the 2017 NCAA tournament in March as they won their play-in game/First Four game versus Wake Forest before losing to Cincinnati in the first round of the tournament. Those two games served as an introduction to Iwundu for Non-Big 12 fans of the collegiate game, ESPN reported.

Jesusemilore “Semi” Ojeleye – SMU – 6’7″ 235lbs became the 37 pick of the late Thursday event for the Celtics. The small forward is the son of a Nigerian doctor and nurse.

The Philadelphia 76ers selected point guard Markelle Fultz with the top pick in the Draft, while Lonzo Ball went to the Los Angeles Lakers.