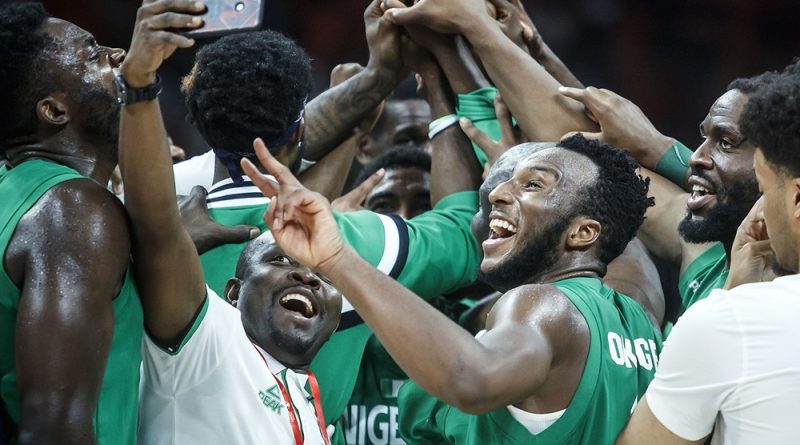 The Nigeria Basketball Federation officials have confirmed that the federation has made a budget of $4m to enable D’Tigers and D’Tigress feature effectively in the postponed Tokyo 2020 Olympic Games now billed for 2021.

Nigeria is presenting two teams (men and women) in what is an African record as no other country in the continent has ever qualified their two teams at the same time for the Olympics, Extrasportsnigeria.com reports.

Vice President of the NBBF and chairman of the technical committee, Babatunde Ogunade who spoke on behalf of the NBBF by the weekend said the proposed budget covers the two national teams.

The FIBA Hall of Famer said the budget is not “one that should be left all alone for the ministry of Youths and Sports Development to bear.”

He therefore added, “The NBBF board is elated to have qualifications for both D’Tigers and D’Tigress – and proudly a first by any African country – but there is the huge burden of funding the teams. The federation needs N2Bn (estimated) to prosecute the Olympics in Tokyo.

“This will include but not limited to flight tickets, stipends, allowances as well as match bonuses. There is also plan of pre-camp and during camp travels for friendly international matches for both teams. The trips would impact heavily on the budget.”

The biggest challenge the NBBF is facing is the quality and calibre of players the federation is attracting from the NBA, WNBA and top leagues in Europe to the Olympics camp. The known NBA standard is that their players cannot fly on economy tickets but at least Business Class. And they could have nearly 10 of such players in the team. The federation is trying hard to have fair morale balancing and would then have to buy the same type of tickets for the players rather than have some sit in the business section and others in the economy class. The same treatment will then also apply to the ladies.

While calling on corporate organisations to come to the aid of the federation, Ogunade pointed out that the enthusiasm expressed by the players is one of assurance that they are ready to give their best for Nigeria.

“The federation has gotten the assurances of the players but on our part, we need to also meet their basic needs.”

Earlier investigation revealed that the Sports Ministry still owes the NBBF expenses from the last AfroBasket Women 2017 held in Mali and the 2019 edition in Senegal where D’Tigress won the title back to back. The federation is yet to get refunds for the FIBA World Cup 2019 African Qualifiers and the FIBA World Cup 2019. All the competitions though were executed before the Sunday Dare took over as the Nigeria’s sports minister.