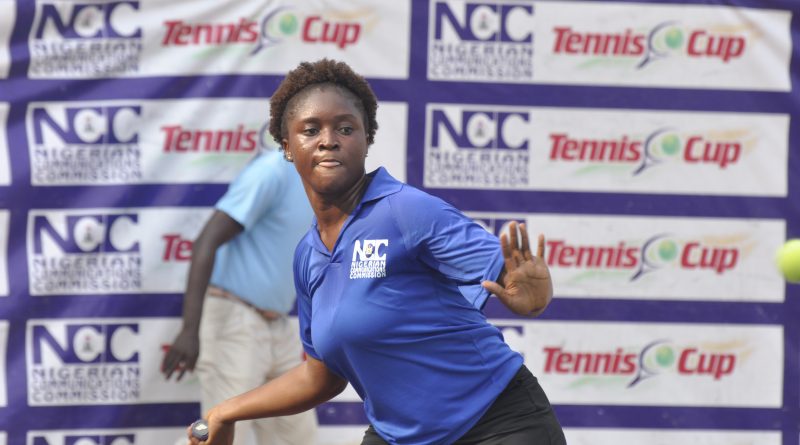 Lead player of defending champions Team Offikwu, Sylvester Emmanuel, has been given the “all clear” by his doctors to play in the semifinal tie against Team Civil Defence in Abuja this weekend.

Emmanuel, the leading tennis professional in Nigeria, went under the surgeon’s knife for appendicitis two days to the start of the Lagos Governor’s Cup after spending three months training and competing in Spain.

On Wednesday he said, “I am fine now and the doctor’s have given me the ‘go ahead’. I have been working on my fitness and will play an invitational tournament in Benin Republic this week to prepare for the tie.

“We really want to defend our title but the semifinals against Abdulmumuni Babalola, Clifford Enosoregbe and Christie Agugbom will be tough.”

Team Offikwu also have a formidable team that include former national champions Henry Atseye and Shehu Lawal as well as Sarah Adegoke, the 2017 CBN Seniors champion.

“The tie is full of very promising matchups – Agugbom vs Adegoke, Emmanuel vs Enosoregbe, Babalola vs Shehu or in-form Chris Bulus with doubles and mixed doubles combinations. The men play two reverse singles on Sunday followed by the usually decisive mixed doubles, “Godwin Kienka, director of the International Tennis academy, coordinators of the league said.

Adding, “I would have gladly paid my way to Abuja to watch this tie if I was not involved.”

Kienka, who worked for the ATP and the ITF said the tie would be two days of the best tennis that is possible in Nigeria and with so much at stake it is going to get really intensive with a lot of emotion over the two days.

The winners of the Abuja semifinal tie will meet Team Muller of Lagos who overran Team Ndoma-Egba in the first semifinals played at the Enugu Sports Club two weeks ago.

The championship match with a top prize of N7 million for the winners will take place on Saturday Dec. 9 and Sunday Dec. 10 at the Lagos Lawn Tennis Club, Race Course while  the battle for third and fourth places will precede the finals on Thursday Dec. 7 and Friday Dec.8.

The crucial tie is expected to be very explosive as each team has three national champions in their squad.