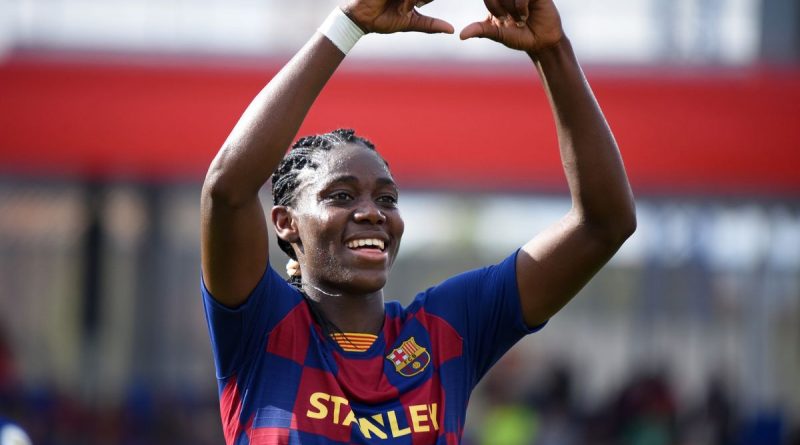 Super Eagles and Leicester City midfield sensation, Wilfred Ndidi and Super Falcons and Barcelona Femeni hit woman, Asisat Oshoala emerged the King and the Queen of the Pitch for year 2019 respectively at the 7th edition of the Nigeria Pitch Awards.

The event was held on Tuesday, 22 December 2020 at the Ibis Hotel Ikeja, Lagos.

The organizers noted that the 7th Award Ceremony initially scheduled to hold in March 2020 was put off in line with the guidelines of the Covid-19 Protocols.

The NFF Communications Director, Ademola Olajire reiterated the Federation’s support for the awards stressing that the organizers have been resilient and committed to holding the event year after year.

Daniel Akpeyi of Kaizer Chiefs and Watford defender, William Troost-Ekong emerged Goalkeeper and Defender of the Year in their different categories. Ndidi confirmed his position as the Super Eagles’ midfield maestro by dusting off competition from Joe Aribo of Rangers and Oghenekaro Etebo of Stoke City to retain the Midfielder of the Year award.

In the media category, Johnny Edwards of The Punch won the Football Journalist of the Year – Print category while Olawale Adigun of Top Radio FM emerged winner of the Radio category. In the TV and Online categories, Channels TV Sports Editor Austin Okon-Akpan and Goal.com Samuel Ahmadu won respectively.

Highlights include the appearance of two top Nollywood celebrities Chioma Omeruwa popularly known as Chigul and Segun Arinze. The maiden Sportsmanship Award was presented to the Inspector General of Police, Mohammed Abubakar Adamu for his use of sports in the fight against crime and his sportsman’s attributes in the discharge of his duties as Nigeria’s Police Chief.

Voting on the platform of the Nigeria Pitch Awards is done by over 100 sports editors and journalists across the 36 states of the country. Votes cast are collated and audited by a professional accounting body.

Goalkeeper of the Year

Defender of the Year

Midfielder of the Year

Striker of the Year

Queen of the Pitch

King of the Pitch

Team of the year

Coach of the Year

Football Friendly Governor of the Year

Football Journalist of the Year – Print

Football Journalist of the Year – TV

Football Journalist of the Year – Radio

Football Journalist of the Year – Online