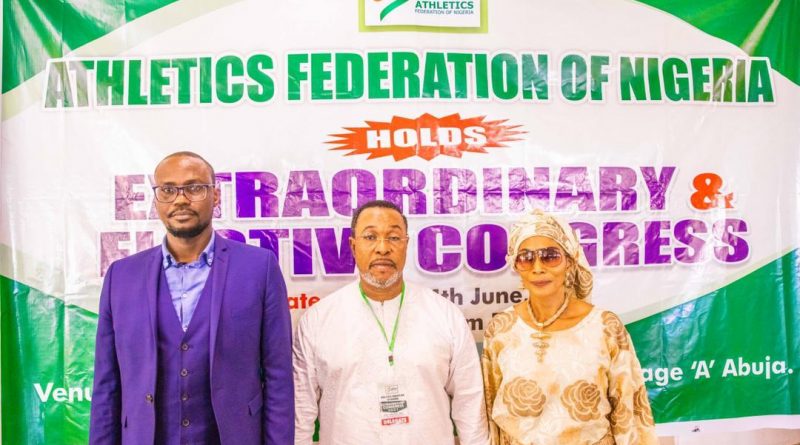 The new board of the Athletics Federation of Nigeria, AFN, will be inaugurated on Tuesday at the media centre of the Moshood Abiola Stadium in Abuja.

A statement made available by the Secretary General of the federation, Adisa Beyioku, details that the inauguration will commence at 10am.

It reads in part: “The Honourable Minister of Youth and Sports Development, Mr Sunday Dare will inaugurate the new board of the AFN at 10am on Tuesday, June 15, 2021 at the Media Centre of the Moshood Abiola Stadium.”

The President of the Nigeria Olympic Committee, Habu Gumel will also be at the inauguration.

Tonobok Okowa was elected president of the AFN at an elective congress of the federation on Monday with Tafida Gadzama, a member of the Sydney 2000 Olympics gold-winning 4x400m relay team being elected the first vice president. Former African record holder in the triple jump and 1995 African Games champion Rosa Collins was elected the second vice president.