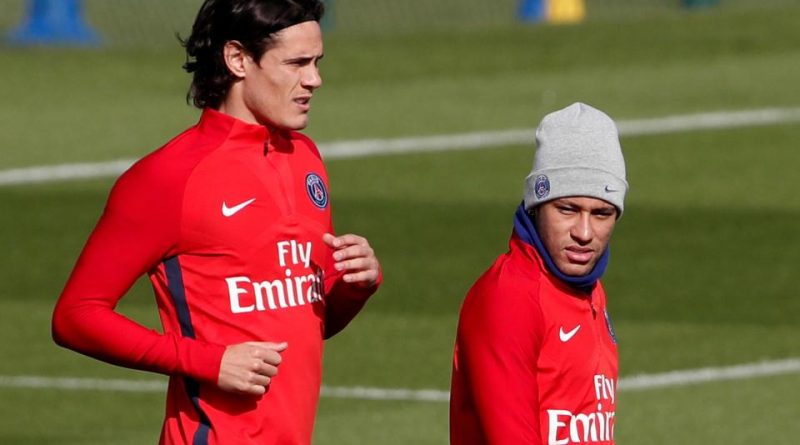 NEYMAR has been sensationally left out of Paris Saint-German’s squad for their Ligue 1 clash with Montpellier this weekend.
Remember the Samba sensation was involved in a bust-up with Edinson Cavani over which of them took a penalty in the 2-0 win over Lyon last weekend. Cavani saw his effort saved by keeper Anthony Lopes, with Neymar walking away shaking his head in disgust.
Neymar then reportedly apologised to the Uruguayan striker and the rest of his team-mates over the row.
Now, according The Sun newspaper, quoting reports in France, he has been ruled out of the Montpellier clash with a minor foot injury – despite training yesterday. If it is confirmed Saturday and fully plays out, it means Nigerian fans already picking added interest in the French League because of Neymar will have to do without him this weekend.
But PSG manager Unai Emery tried to play down the pair’s problems.
The Spaniard said, “The two players who will be taking the penalties are Cavani and Neymar.
“(That is) because they’re capable of assuming this responsibility, but other players can take them.
“During training we practice penalties because when the decisive moment arrives and we can win a title with penalties, we will need more than two.
“Last year, the penalty taker was Cavani, this year with the arrival of Neymar there are two. Who is number one and who is number two, I will make that decision.”
The £198m man unfollowed Cavani on Instagram – fanning the flames from the fall-out.
But L’Equipe report that the former Barcelona ace issued a deep apology to his team-mates at training on Wednesday, with countryman and skipper Thiago Silva acting as translator.
Dani Alves was at the heart of the row when he took the ball away from Cavani – PSG’s top scorer with seven goals – and handed it to his compatriot.
But the veteran right-back, who joined the French giants on a free this summer, reportedly took both players out for dinner this week in a bid to have them bury the hatchet.
It is believed the clear-the-air talks during the meal are what prompted Neymar, 25, into a grovelling apology.