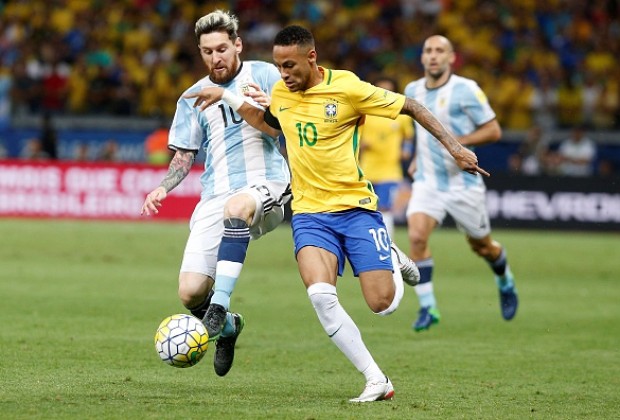 Brazil forward Neymar has said he is happy that Brazil have avoided any African teams in their 2018 World Cup group- particularly Nigeria. The Seleção have been drawn with Serbia, Costa Rica and Switzerland at next summer’s tournament in Russia. Nigeria is in the same Group D with Argentina, Croatia and Iceland.

According to a report by Sambafoot.com the Paris Saint Germain forward says he is happy that his team have not been handed a tough assignment against an African side.

Neymar said, “We have to be at our best to get a good result particularly in our first game of the tournament.

“The teams in our group are difficult to play against. I am happy it wasn’t a group where we had to play against African teams like Nigeria. They run a lot and are very physical in their approach. We are no doubt still up against strong sides at the World Cup.”

Brazil will start their World Cup campaign against Switzerland in Rostov on 17th June, followed by games against Costa Rica in St. Petersburg and Serbia in Moscow.

Similarly, Argentina attacker Lionel Messi has reportedly admitted that he is wary of Nigeria after the teams were pooled together.

The Super Eagles and the South American heavyweights were placed in Group D alongside Croatia and debutants Iceland.

Messi said that Nigeria are a dangerous team who have powerful attackers, as demonstrated in their 4-2 friendly win over Argentina in Russia during the last international window.

“Nigeria are like that, they have two faces. If they have their day, they score four goals,” Messi told TyCSports.

“They have very good players it was clear in the second half (of the friendly); but they also allow you to play, they leave gaps and many spaces are generated.”