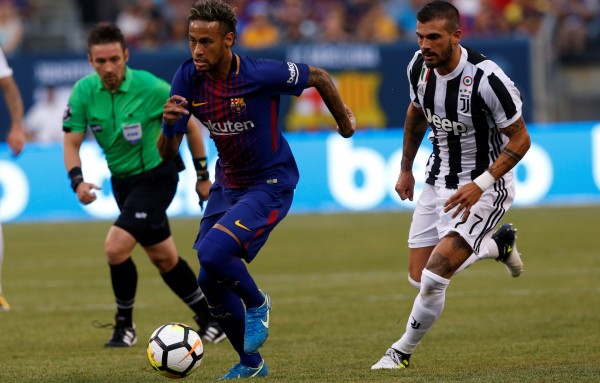 Neymar has reportedly agreed to a contract with Paris Saint-Germain, and his proposed move from Barcelona to the French capital could be worth a gargantuan £450 million in total.

According to Sky Sports News, the deal will run for five years.

As Ed Malyon of The Independent reported, Neymar’s transfer fee alone will cost PSG a record €222 million (nearly £200 million), as that’s the value of his buyout clause.

Sky Sports’ Bryan Swanson provided an update on what his wages will look like.

Per Sport, Neymar has already said goodbye to his Barcelona team-mates. Lionel Messi took to social media to say his goodbyes, and per Bleacher Report Football, the Brazilian responded.

The transfer will smash the current record for largest in history the moment it goes through, with Manchester United paying Juventus less than £100 million for Paul Pogba last year. According to Liam Prenderville of the Daily Mirror, the Frenchman’s initial wages were “just” £165,588 per week.

It’s a huge commitment from PSG to a player widely regarded as the third-best in the world behind Messi and Real Madrid’s Cristiano Ronaldo. For Neymar, the move will present an opportunity to carve his own path, away from Messi and a Barcelona team that has been hugely successful the last few seasons.