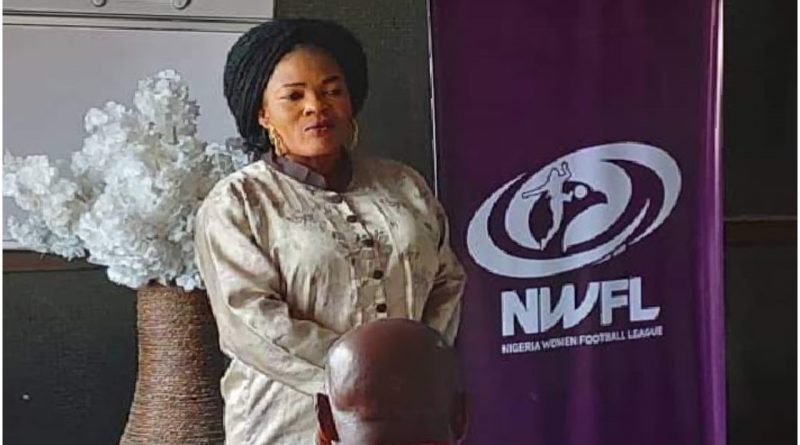 Nigerian Football was again thrown into a state of mourning on Tuesday after news broke of the death of leading women football promoter and administrator, Henrietta Ukaigwe.

Ukaigwe, a member of the Board of the Nigeria Women Football League, has for several decades been at the vanguard of promoting the game of women’s football in Nigeria and even beyond these shores. She played a key role in the wide traction gained by the game from the 1990s as Nigeria’s Super Falcons relentlessly dominated the African game and became a permanent fixture in the FIFA Women’s World Cup.

The Imo State-born journalist was at the head of a corp of women’s football-passionate reporters and stakeholders who birthed the Female Football Interest Group, comprising a number of individuals who actively promoted and energetically projected the women’s game and made it an item of consequence in the media and public space across the nation from the nineties.

This group did not only report the game; it coalesced efforts and resources to organize women’s football tournaments and provided much-needed stout and meaningful support to administrators at that incipient stage.

Today, Nigeria’s domestic women’s football has 20 clubs in the premier division, with 12 in the pro division and dozens in the amateur cadre, counting both registered and unregistered teams. Nationally, the Super Falcons, Falconets and Flamingos are fixtures at their different FIFA tournaments, and the FIFA Women’s World Cup, FIFA U20 Women’s World Cup and the FIFA U17 Women’s Cup have carved their own niche and continue to thrive.

Ukaigwe worked at the Vanguard Newspapers, MINAJ Broadcasting Service, Super Screen television and a couple of other media houses before serving as Co-ordinator of the Senior Women National Team, Super Falcons. A couple of years ago, she was appointed into the Board of the Nigeria Women Football League headed by another ace promoter of the women’s game, Aisha Falode.

“The death of Henrietta Ukaigwe is a devastating blow to the game of women’s football in Nigeria. We are still in rude shock at her premature departure, but we collectively take solace in the fact that she left her formidable footprints in the sands of time. We pray that God will give her eternal rest and also grant those she has left behind the fortitude to bear the big loss,” NFF General Secretary, Dr. Mohammed Sanusi, said in Abuja.