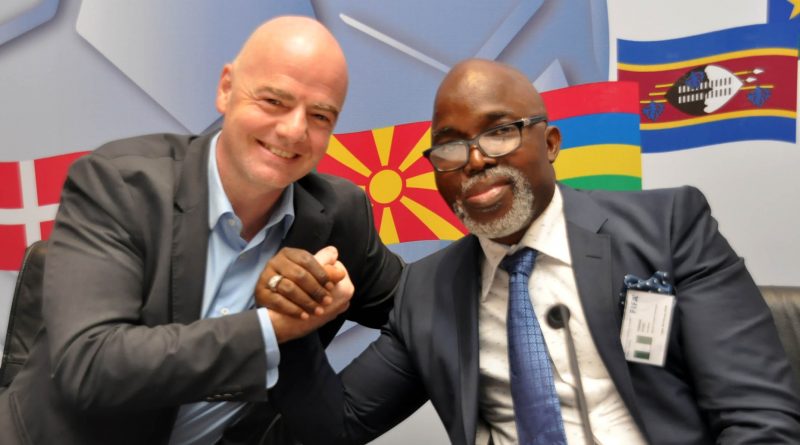 The Nigeria Football Federation will provide financial support for clubs in the Nigeria Professional Football League, Nigeria National League, Nigeria Women Football League and the Nigeria Nationwide League for next season’s football campaign. The NFF said through the federation’s President, Amaju Melvin Pinnick that it took the decision in order to reduce the financial challenges that have arisen from the COVID-19 pandemic.

During a live session on NFF’s official Instagram page on Thursday, Pinnick said the NFF is at the moment expecting a total sum of $1million from world football-governing body, FIFA, and another $500,000 from the African confederation, CAF.

“We would take from these various monies and add also from monies that we are expecting from our corporate partners, and see what we can give to each of the Clubs in these four cadres.

“This financial support is for them to get their campaigns off the ground for the new season that we have set for September/October, depending on what signals we get from the Federal Government, through the Presidential Task Force on the COVID-19 and other relevant organs. We are also going to support the league organizing bodies financially.”

He added that the football body has written to the Government to also support the cause, he admitted that the Government is presently burdened by so many challenges wrought by the COVID-19 and it could be a tall order.

On the issue of the Points-Per-Game (PPG) formula adopted to bring the beleaguered 2019/2020 Season to a close, the NFF boss reiterated that it was the decision of the vast majority of the Clubs in the NPFL, which was also subjected to careful analyses and consultations.

“We did not just sit down and take a decision; we consulted widely even after the Clubs opted for PPG following the work of the NFF Football Committee. The Ministry of Youth and Sports Development was also brought into the picture.”