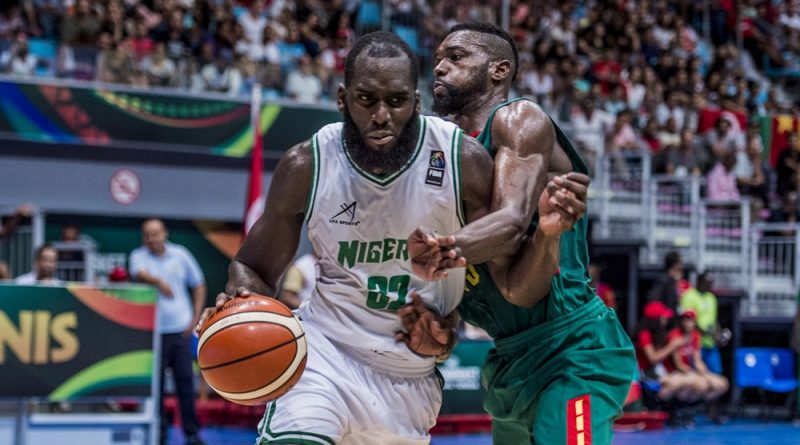 Pius Ayinor
D’Tigers shook off every doubt about their determination to retain the African cup with a resounding 106-91 beating of the Cameroonian Lions, Extrasportsnigeria.com reports.
After a 2-1 start through the group stages, Nigeria played one of their best matches so far in Tunisia to earn a place in the semi-finals billed for Friday, September 15. The semi-finals berth has also placed them against one of their big rivals Senegal who dispatched giants Angola 66-57 in one of the quarter-finals games played Thursday night. Hosts Tunisia will battle Morocco in the other semi-final game also billed for Friday. The hosts defeated DR Congo 81-60 while Morocco eliminated fellow Norht Africans, Egypt 66-62 in one of the quarter-final matches.
Before the match-up, the Cameroonians were quite optimistic about their chances against Nigeria.
Cameroon forward Benoit Mbala had said that playing as a collective whole will go a long way in helping his side overcome Nigeria. In an interview with FIBA.basketball, Mbala said, “Our goal is to be among the top three in this championship and if possible surpass the second place we managed in 2007 in Angola.
“We know Nigeria has experience and will want to give it everything when we clash in the Quarter-Final being the reigning champion but one thing we have always banked on is teamwork and this we will still project to give us victory.”
Neither the teamwork nor individual plays could save them from Nigeria as the Tigers took the first quarter 25-18; the next at 27-25 before the Lions fought back to take the third at 27-23. D’Tigers then wrapped things up with the 31-21 delivery before the buzzer.