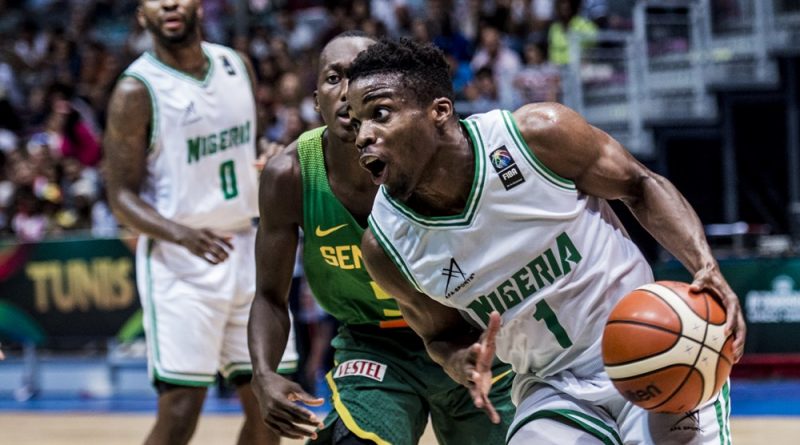 Pius Ayinor
Nigeria’s D’Tigers will face hosts Tunisia in the final game of AfroBasket Men 2017 by 6pm on Saturday following the Tigers triumph over the Lions of Senegal in their late Friday night clash in Tunis, Extrasportsnigeria.com reports. Nigeria defeated Senegal 76-71 in one of the most contested matches of the competition.
The Nigerian team arrived in the North African country as defending champions and have maintained their grip on the trophy until the final game. D’Tigers arrived in Tunisia as a team not favoured to win  as it was a team rebuilt from the scratch away from the 2015 squad that won the title also in Tunis but they steadily worked their way up. Only power forward Ike Diogu was a part of the 2015 successful squad.
The Nigerian federation is also a completely new one which meant that the team and their managers were all new. Incidentally the Nigerian women won the African cup in Mali last month just weeks after the new board took over in July.
On Saturday Coach Alex Nwora could complete the surprise package with a win over Tunisia for the trophy. At this stage the Nigerian media has already gone full blast in praise of the team that has surprised everyone. Now D’Tigers look like the real favourites on the court.
Against Senegal on Friday, Nigeria won the first three quarters at 15-12, 19-17 and 18-16.The Senegalese rallied back to win the fourth stage at 26-24 but that had little or no effect in the final result. Bryant Mbamalu was the biggest shooter of the night hitting 19 points and Diogu adding 14.
The final match is expected to be keenly followed by Nigerian fans.