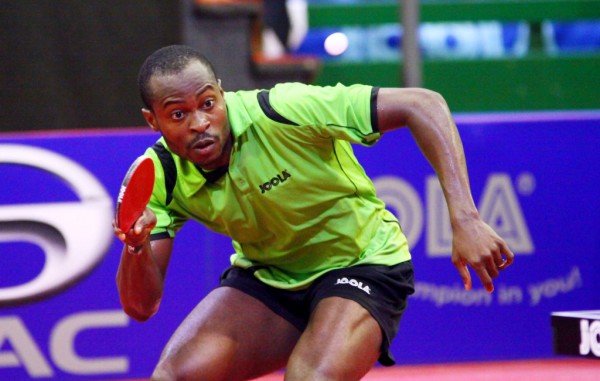 Egypt as the defending champions will be relying on their stars – Omar Assar and Dina Meshref who are hoping to hold on to the title they won at Yaoundé 2015 in Cameroun. But they will have to overcome the challenges from Nigerian stars in Aruna Quadri, and evergreens of Toriola and Funke Oshonaike.

According to the President, ITTF Africa, Khaled El-Salhy, the favourites for this tournament are Nigeria and Egypt but countries like Congo Brazzaville, Algeria and Tunisia would not be pushovers when the championship serves off on July 1.

The three-day championship serves as qualifications for the ITTF World Cups with winners in the men and women events representing the continent at the prestigious tournaments holding later in the year.

Already as part of his efforts to excel at the tournament, men’s singles defending champion, Egypt’s Omar Assar is at present competing at the China Open in order to be in top form for the continental tournament.

The tournament which was initially scheduled to be hosted by Mozambique was awarded to Morocco after the inability of the Mozambique government to confirm their hosting of the championship.

The ITTF Africa boss, however, lauded the Morocco Table Tennis Association (MTTA) for accepting to host the competition within a short notice.

“The Executive Council (EC) of ITTF Africa decided to step down the event from Mozambique due to lack of communication and delay in signing the contract by Mozambique. The new host – Morocco will host the tournament in Agadir at the same venue and hotel that hosted the 2016 African Championship last October,” he said.

“I understand that it is quite difficult for any nation to host a major event in short time but we count on the experience of MTTA having hosted many international events in the last five years. I believe they have a very good hospitality and venue,” El-Salhy added.