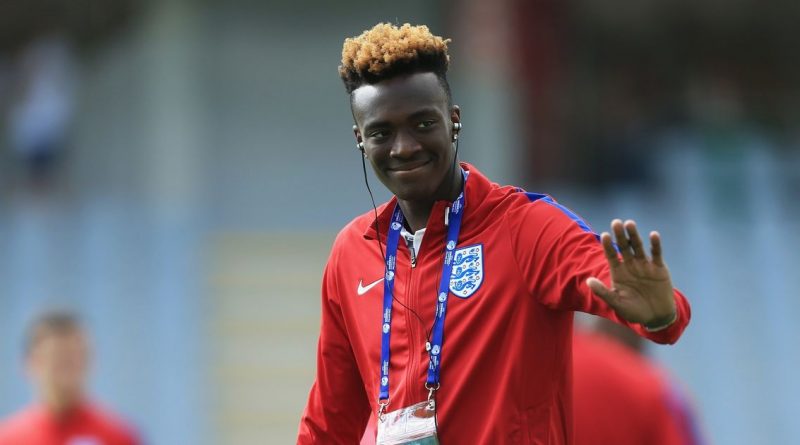 Nigerian football officials are hoping to persuade Swansea City teenager Tammy Abraham to play for the Super Eagles rather than England.
The striker who is on loan from Chelsea was born in London but can play for Nigeria through his father’s identity. Tammy Abraham’s full name is Kevin Oghenetega Tamaraebi Bakumo-Abraham
The 19-year-old has already played for England at youth level but can still switch allegiances because he has yet to play for the senior side, the BBC reported.
“We are working on getting Abraham,” the Nigeria Football Federation (NFF) president Amaju Pinnick said.
Pinnick is hoping his relationship with Abraham’s father can help his bid.
“Tammy is like my son. His father and I grew up in the same neighbourhood,” he said. “So when they talk about him, I just laugh because I know what to do.”
Abraham has scored two goals in his opening four games for Swansea.
Nigeria have previous form in successfully snapping up former England youth internationals, with Victor Moses, Alex Iwobi, Sone Aluko, Shola Ameobi and Ola Aina having all transferred.
The Super Eagles lead Group B of African World Cup qualifying with ten points, followed by Zambia on seven points.
Pinnick believes the Super Eagles’ growing strength can help persuade players with dual nationality to commit their future to Nigeria.
“You take a first look at the (Nigeria) team and you see players like William Ekong, Wilfred Ndidi, Leon Balogun, Iwobi, Chidozie Awaziem, Tyronne Ebuehi, Kelechi Iheanacho and now we have Aina as well,” he said.
“I believe we are so blessed and that this team will cause a big stir in Russia, and if not in Russia, in Qatar in five years’ time.”
Abraham, who first represented England at Under-18 level, netted once in four games at June’s European Under-21 Championship as the English reached the semi-finals.
He scored again as England beat Latvia 3-0 in a European Under-21 Championship qualifier on Tuesday.
Last season, the forward scored 26 goals in 48 games on loan at Championship side Bristol City.