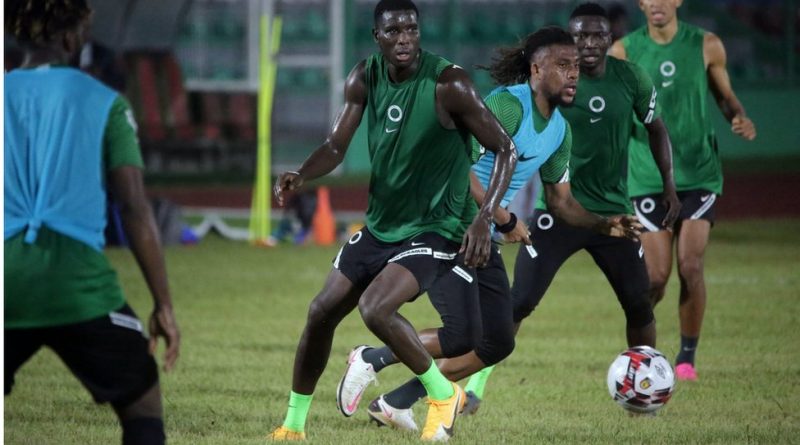 Sierra Leone fought back from 4-0 down away to Nigeria to draw 4-4 on Friday in their 2021 Africa Cup of Nations qualifier played in Benin City.

Fans of the Super Eagles so sure they were coasting towards a third win from three in Group L after racing to a 4-0 lead within 30 minutes of the match.

Everton forward Alex Iwobi scored twice, with his first goal coming in the fourth minute. Iwobi’s first goal was the very first at the stadium which was newly reconstructed.

Napoli’s Victor Osimhen found the net after 21 minutes on his return to Nigeria’s team. He missed the Eagles friendly matches in Austria last month.

Osimhen then set up Iwobi who got his second goal six minutes later and Villareal’s Samuel Chukwueze added a fourth, with another assist from Osimhen.

Sierra Leone began their stunning fightback just before half-time when Kwame Quee grabbed what looked to be a consolation goal. But it never was as more goals were on the way.

Alhaji Kamara began to stamp his mark on the match. He added a second for the visitors after 72 minutes to make it 4-2.

Mustapha Bundu then added a third for Sierra Leone to make it 4-3 with 10 minutes remaining.

Nigeria were left stunned as Alhaji Kamara completed an astonishing performance by his team with an equaliser four minutes from time.

According the BBC, also on Friday, Niger beat Ethiopia 1-0 in Niamey thanks to a second half Youssef Oumarou penalty.

Niger and Ethiopia are both on three points in Group K behind the top two, Ivory Coast and Madagascar, who are both on six points.

The Africa Cup of Nations finals will be played in Cameroon in 2022.