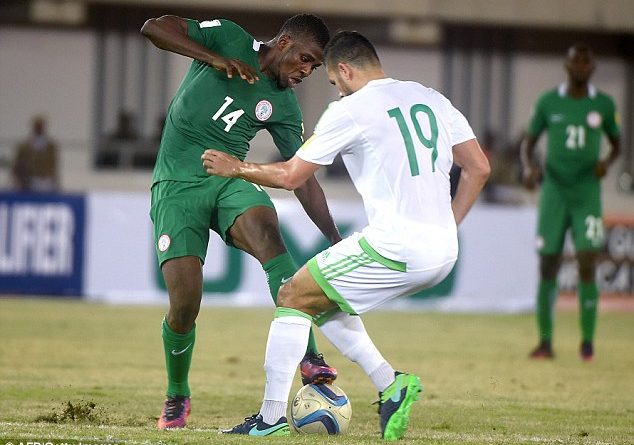 Nigeria could avoid playing further friendlies in London because of problems obtaining visas for staff and players, coach Gernot Rohr has said.

Super Eagles played Senegal in London last Friday but the other scheduled match against Burkina Faso on Monday had to be called off due to visa problems suffered by the Burkinabes.

Rohr said it would be better for the players to play in Schengen countries, or other parts of Europe.

The manager said some of his players also found themselves unable to travel, including defenders Kingsley Madu, of Belgian side Zulte Waregem, and Musa Mohammed of Zeljeznicar Sarajevo.

He told reporters he will now suggest that friendlies and training camps be arranged on mainland Europe to avoid further difficulties as it was “too complicated to get visas” in Britain.

He said, “Yes, yes, because it’s too complicated to get the visas, you know,” Rohr said when asked after the training game if Nigeria could stay away from friendlies in The UK in future.

“I think it’s better to stay in Schengen, in Europe than go to London where the people have problems. Even some players in our team couldn’t come, you know. They didn’t get the visa in time.”

But in spite of the visa issues, the German pointed out the positive aspects of Nigeria’s short trip to London.

“We tried to find another team but it was too late. We had one very good game against a Senegal team (that was) so strong, so powerful, we learned a lot. Now we look forward to our next games.”