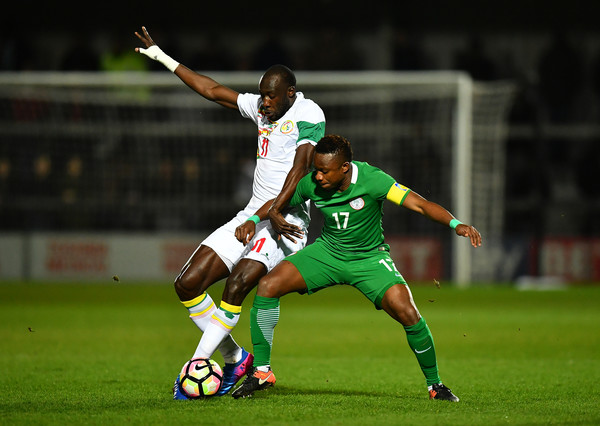 Nigeria will on Thursday, June 1st take to the pitch against the Hawks of Togo in a friendly match billed for Paris.

The match against the Hawks will be played at the Stade Municipal de Saint Leu La Foret, Paris starting from 7pm (6pm Nigeria time).

Forward Kelechi Iheanacho, who scored from the spot to level scores (1-1) against Corsica on Friday, is one of 20 players in the Eagles’ Hyatt Regency Hotel camp in Paris, and who have been training in the French capital ahead of Thursday’s game.

Thursday’s match will be the 17th clash between both West African countries at senior level, with Nigeria having won nine of the previous 16 clashes. Togo won in three, while four matches were drawn.

The first match between both countries at senior level took place on 6th October 1956. Late Albert Onyeanwuna scored the game’s only goal, with Nigeria’s roster also including the likes of Dan Anyiam, Sam Ibiam, Asuquo Ekpe and Cyril Asoluka. Paul ‘Wonder Boy’ Hamilton (also late) scored the one goal in each of two friendlies in Lagos in 1966.

Nigeria’s biggest win over Togo remains the 3-0 scoreline in a 1992 Africa Cup of Nations qualifying match in Lagos in August 1990, but Nigerians will never forget the 5-2 hiding by the Hawks in a WAFU Cup match in Abidjan in December 1983.