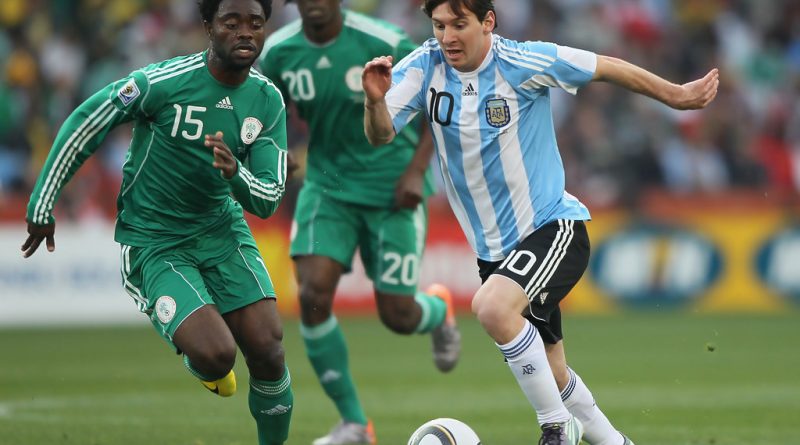 Nigeria coach Gernot Rohr is not happy that Argentinean super star Lionel Messi has been left of the match against Nigeria today. Rohr used the media opportunity in Krasnodar, Russia to express his dislike, Extrasportsnigeria.com reports. The absence of the Barcelona star has definitely reduced the market value of the game but Rohr’s is more concerned about the reduced opportunity to truly test his defenders and in particular his goalkeepers.

But in the absence of the attacker that has terrorised Nigerian teams from his days as a teenager, there are other Argentineans that will provide Nigeria’s system enough materials for real test. The attack force headed by Manchester City’s Sergio Kun Aguero, Paulo Dybala and Cristian Pavón should be a lot better than what the Super Eagles faced all through the 2018 World Cup qualifiers.

The match has been confirmed for 5.30pm (Nigerian time) and 7.30pm (local) at a warm temperature of 16 degrees in Krasnodar, a city located about 1,300 kilometres to the south of Moscow.

Argentina coach Jorge Sampaoli has expressed his desire at every given opportunity to win this match. The two-time World Cup winners have beaten Nigeria at every World Cup they clashed starting from USA ’94, Korea/Japan 2002, South Africa 2010 and Brazil 2016. Nigeria’s sole victory came off a friendly game played in Abuja.

Buenos Aires-based newspaper, El- Clarin, reported that Dybala and Pavon are the only changes Sampaoli will effect for the match. In the absence of Messi, Boca striker, Pavon has stepped in. He was a part of the team that defeated Russia 1-0 on Saturday in Moscow.

Nigeria will miss Victor Moses, Ogenyi Onazi and Moses Simon and it will be a rare opportunity for the country to test a lot of new players and the goalkeepers. Many Nigerians are not quite cool about the goalkeeping department in the absence of Carl Ikeme who is off on the account of his health.

The Krasnodar stadium has a capacity for 34,291 spectators. The stadium was one of the venues proposed by the Russian federation for the World Cup but was eventually dropped.