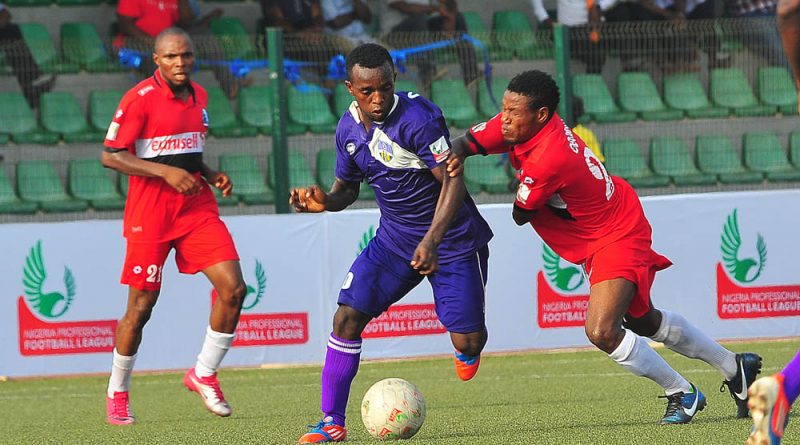 It was another cracking outing for Stephen Odey on Wednesday as he scored his thirteenth goal of the season, as the Mountain of Fire and Miracles Football Club beat Abia Warriors 2-1 at the Agege Stadium in Lagos, Extrasportsnigeria.com reports.

The win has returned the team back to top of the NPFL table, after Rivers United were held by Plateau United to a goalless draw at the Yakubu Gowon Stadium, in Port Harcourt. Plateau had led the table before the midweek games.

Odey scored just after four minutes of play, when he connected with a Sikiru Olatunbosun assist, to hit the ball at the bottom left corner of the net.

Olatunbosun would later convert a free kick at the 31st minute, over the Abia Warriors defence. He said after the match, “It has been very long that I scored a free kick, and I am very happy that I did so today.”

In Port Harcourt, Plateau dropped to second after forcing Rivers to a 0-0 draw. The draw was Plateau’s third in their last six league games.

Defending Champions, Enugu Rangers continued their bad run to the season with a 1-1 draw against new boys, Remo Stars in Enugu. Daniel Etor scored in the 14th minute for the flying antelopes from a weak shot, with the ball rolling over the hands of Remo goalkeeper, Daniel Walbe.

However, at the 61st minute, Ekene Awazie equalised for Remo Stars after a solo effort, leaving Rangers, with thirteen points in their last thirteen matches, and a win in their last five matches.