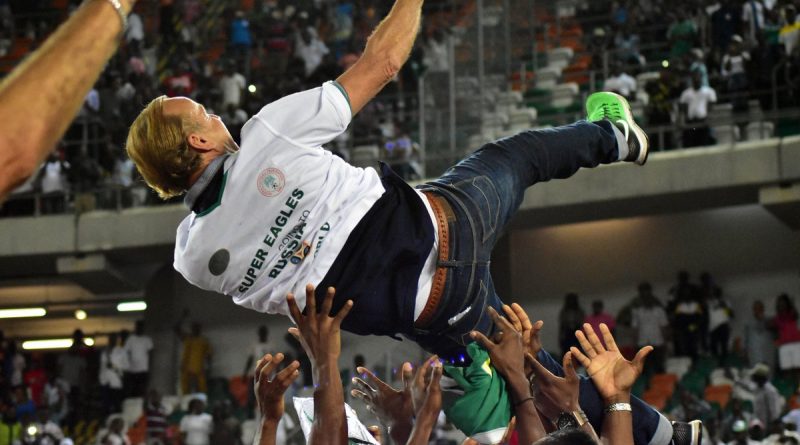 Nigeria coach, Gernot Rohr has said Nigerians are generally expectant of a semi-final place at the Russia 2018 World Cup for the Super Eagles.

The German who believes the team will go beyond the second round told a French publication, L’Equipe most Nigerians, including a high number of the Nigeria Football Federation members expect the team to make the last four of the biggest FIFA event. The three-time African champions have never gone beyond the second round since making a World Cup debut with the USA’94 Mundial.

Rohr said, “They are already out of the group stage to go to the round of 16, especially in 2014 when they faced the French team (0-2 defeat). We will try to do as well.

“Unfortunately, here, the ambitions are a little more excessive: the team must reach at least the semi-finals.

“We have the ambition of the leaders to manage, even if I get along very well with the president (Amaju Pinnick), who came to get me. There are many people at the federation, as in all African countries, it’s never easy. But for now, it’s going very well.”

On estranged Nigeria goalkeeper, Vincent Enyeama’s impending return to the team, Rohr said the France-based star must first prove he is still good as he was before being readmitted to the squad.