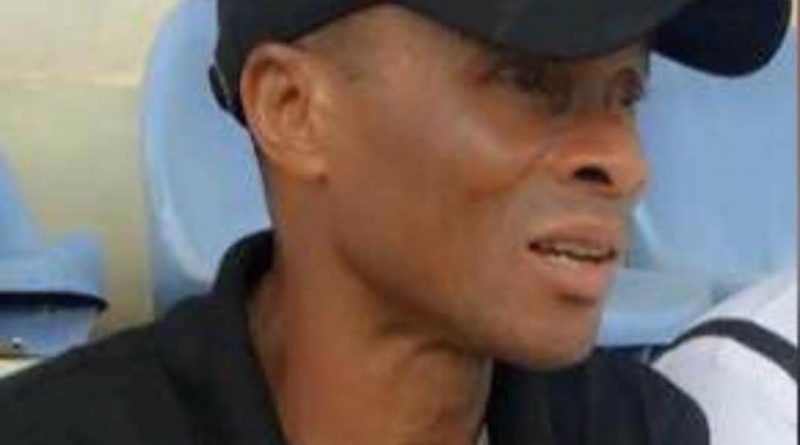 The Nigeria Football Federation has expressed shock and sorrow at the death on Tuesday night of former Nigeria defender Yisa Sofoluwe, who passed on at the age of 53. His death came few days after being diagnosed of cerebral atrophy.

It has been a mourning mood in Nigeria for the former international nicknamed the “The Dean of Defence” at his prime on the pitch.

The NFF President, Amaju Pinnick, said on Wednesday that “he was nonplussed after receiving report that the former defender, nicknamed ‘Dean of Defence’ by the legendary commentator Ernest Okonkwo, had breathed his last just when the process had been activated for a medical operation on him.

“It is another sad, sad day. Just a couple of weeks ago, we were lamenting the loss of former goalkeeper and coach Joseph Erico. Now, Yisa Sofoluwe. That man was a gem in the green-and-white and did his very best for Nigeria whenever he was on the field. Personally, I have sweet memories of Yisa Sofoluwe.

“It is more painful that he left just when help was coming to him from everywhere and the process was on to rectify his medical condition. We loved him but God loves him more. May his soul rest in peace.”

Former Eagles captain and coach Sunday Oliseh wrote on Twitter: “Sad to hear of Yisa Sofoluwe’s death. A great Loss to Nigeria. He was the most modern full back defender of his generation. A right-footer who could defend left or right full-back and extremely offensive. R.I.P. Big Bro!!”

Lithe, versatile, unglamorous and ever-alert, Yisa Sofoluwe first wore Nigeria’s colours during the qualifying series for the 1983 FIFA World Youth Championship (now FIFA U20 World Cup) in Mexico. He was a key figure in that squad that became the first Nigeria team to feature at a FIFA-organised championship. The Flying Eagles defeated old Soviet Union, lost to Brazil and drew with The Netherlands, narrowly failing to make the knockout stage.

The same year, he won his first senior cap, in a 1984 Africa Cup of Nations qualifying match against Morocco in Benin City, which ended scoreless. The return leg in Rabat also ended scoreless, but Nigeria triumphed 4-3 after penalty shootout to qualify for Cote d’Ivoire ’84.

Sofoluwe played a notable role in the Green Eagles squad that finished as runner-up in Cote d’Ivoire, winning Nigeria’s first silver medal at the AFCON, and was also a force in the team that repeated the feat in Morocco four years later. He won a total of 40 caps for the Nigeria senior team, scoring one goal – in a 1986 World Cup qualifying match against Kenya in Lagos on April 20, 1985 that Nigeria won 3-1.