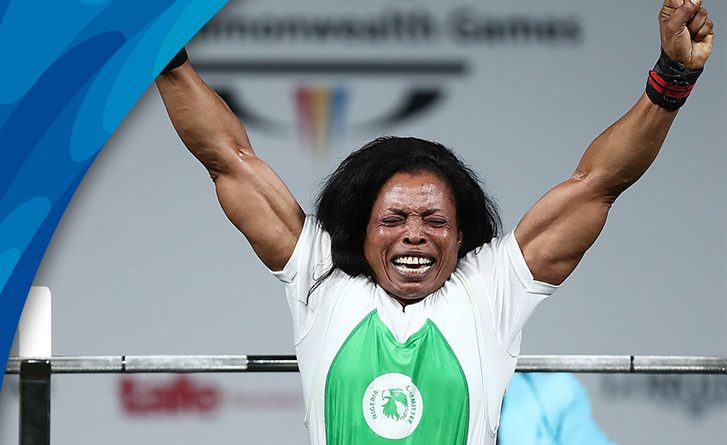 The ban means she is no longer eligible to compete in the sport until May 2, 2023 which ultimately rules her out of the Tokyo Olympics. Onyema had won gold and silver medals at the London 2012 and Rio 2016 Paralympic Games respectively.

The Nigerian power lifter who won gold medals in the last three Commonwealth Games in Delhi (India), Glasgow (Scotland) and Gold Coast (Australia) tested positive to 19-norandrosterone found in her urine sample collected at the 2019 International Para Powerlifting competition which held in Lagos.

The statement issued late on Wednesday by the International Paralympic Committee reads: “As a signatory of the World Anti-Doping Code (WADC), the IPC remains committed to a doping-free sporting environment at all levels.

“The IPC, together with the International Federations and the National Paralympic Committees, established the IPC Anti-Doping Code (the Code) to prevent doping in sport for Paralympic athletes, in the spirit of fair play. The Code is in conformity with the general principles of the WADC.”

The drug is one of the substances included on the World Anti-Doping Agency (WADA) 2019 Prohibited List under the class S1.1B Endogenous Anabolic Androgenic Steroids (AAS) and their Metabolites and isomers.

Each athlete is strictly liable for the substances found in his or her sample.

In addition to the four-year ban, Onyema has also been stripped of the gold medal which she won in the Women’s 55kg competition in Lagos, together with any points and laurels accrued to her, a Nigerian national daily, ThisDay confirmed on Thursday.

Onyema who was Nigeria’s flag bearer at the closing ceremony of the Commonwealth Games in Gold Coast two years ago, has enjoyed a long career at elite level, winning medals at Paralympic and Commonwealth Games.