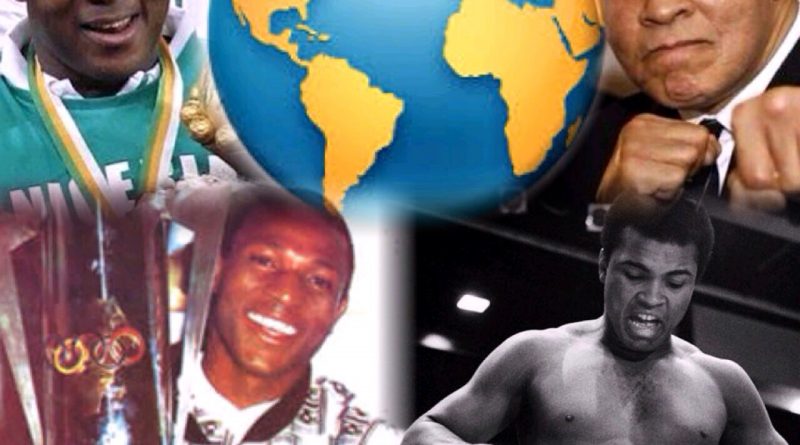 From legendary Stephen Keshi, Shaibu Amodu, British singer David Bowie to world renowned Muhammad Ali, here are some of the notable figures who died in 2016.

The 69 year, legendary British singer and musician died of cancer two days after his 25th album was released. He passed on January 10.

She died February 19 aged 89. The American author was best known for her bestselling novel “To Kill a Mockingbird”.

The Dutch legend died March 24 aged 68. The football star led the powerful Ajax Amsterdam team in the 1970s and was well known for his total of the Netherlands which he perfected at Barcelona.

Prince died April 21 at the age of 57, groundbreaking US musician whose many hits include “Purple Rain”, “Girls & Boys” and “Kiss”.

Wemba took his turn on April 24. He was 66. He was a singer and king of Congolese rumba.

Who could have forgotten that Ali could not wait to see 2017? He passed on June 3 at 74. He was US and world boxing legend, triple world heavyweight champion.

Keshi soon followed even as Nigerians and the world at large mourned the death of Ali. He died June 7 in Benin City, Nigeria. The longest serving Nigerian captain won the African Nations Cup as both the captain and coach of the Super Eagles.

Amodu saw the corpse of Keshi paid his respect and passed on June 10 in Benin City also. He was the first Nigerian coach to qualify the country for the World Cup and did that twice but was never at the FIFA finals. He is remembered as one of the most successful Nigerian coaches.

George Michael chose Christmas Day to die. He was 53 years. The British singer was first known as one half of boy band Wham! and then as a solo artist.

She was aged 60 when she died December 27. She was best known as Princess Leia in “Star Wars”, also a best-selling author and screenwriter.

Reynolds, the mother of Carrie Fisher, died a day after her daughter at 84. She was known as the star of “Singin’ in the Rain” and Carrie Fisher’s mother.