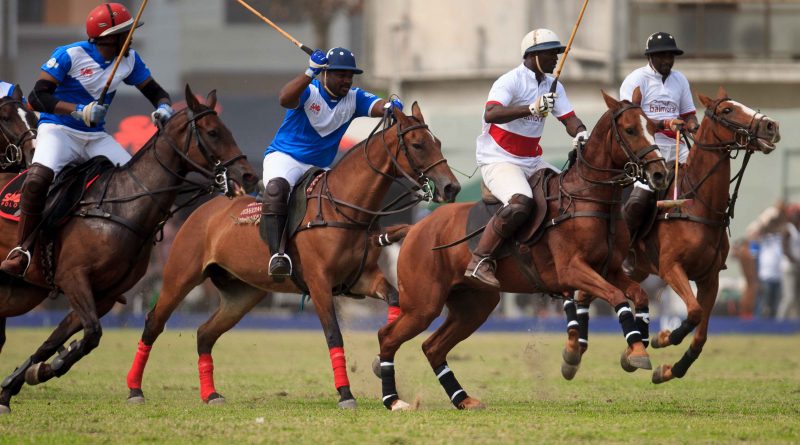 The 2017 NPA Lagos International Polo Tournament sponsored by GTBank, came to an colourful end on Sunday with Lagos Fifth Chukker clinching the Majekodunmi Cup courtesy of a15 – 5 win over Lagos Centaurs while Kano Agad were the champions of the Low Cup by beating Lagos Balmoral International 6 1/2 – 4 goals. The wins also saw the victorious teams win the Independence Cup and the Governor’s Cup respectively in the process.
With a host of dignitaries including Nigeria’s Senate President, Bukola Saraki, Aliko Dangote, Femi Otedola among the spectators, defending champions Fifth Chukker scored three times through Manuel Crespo to wipe off the three handicap goals of Centaurs inside the opening five minutes. The Argentine, who retained the MVP of the Majekodunmi Cup, stamped his authority on the match by scoring his fourth seconds to the end of the chukka to hand Fifth Chukker who are completed by Babangida Hassan-Katsina (+3), Adamu Atta (+3), and Santiago Cernadas (+6), the lead.
Centaurs, formed by Bode Makanjuola (+1) Bashir Dantata (+3), Tom De Bruin (+7) and Leroux Hendriks (+5), could not cope with the skills of Crespo who scored two more goals in the early part of the second chukka for a 6-3 lead.
Centaurs eventually got a field goal through Hendriks to keep the contest alive with four more chukkas to play. Fifth Chukker patron, Atta made the score 7-4 at the start of the third chukka but Dantata scored the fourth goal for Centaurs.
The South American seven-goaler continued to influence the match and it was 9-4 at the end of the third chukka which has done huge damage to Centaurs as Fifth Chukker eventually triumphed 15-5 with Atta scoring the last goal driving his 60-yard penalty high.
In the first match of the day, Kano Agad out-gallpoed Lagos Balmoral International 6 1/2 – 4 in the Low Cup final.
The win also saw Agad clinch the Governor’s Cup to the delight of team Patron, Audu Dantata who ran in ecstasy to congratulate his two sons and other members of the triumphant team.
With Senate President, Bukola Saraki leading a host of dignitaries at the final, Agad, who are formed by Nabil Dantata (0), Sadiq Dantata (+1), Idris Badamasi (+2) and Abdulmalik Badamasi (+2) went into the game on a 1 1/2 goal handicap and bettered the score by leading 4 1/2 – 2 at the end of the second chukka with Idris and Abdulmalik scoring their goals.
Balmoral formed by Luqman Adebayo (+1), Baba Dangote (+1), Kabire Saidu (+2) and Isa Kwame (+3), mounted a challenge in the third chukka and could not come with any goal despite attempts by Adebayo and Kwame, the architect of Balmoral’s 10 – 4 1/2 win over Lagos United in the semi-final a day earlier.
The Badamasi brothers put the game to bed for the visiting team as Agad lead 6 1/2 – 2 at the end of the penultimate chukka.
A late surge by Balmoral, who scored twice in the final chukka through Kwame, turned out to be a wasted effort as the seconds ticked away.