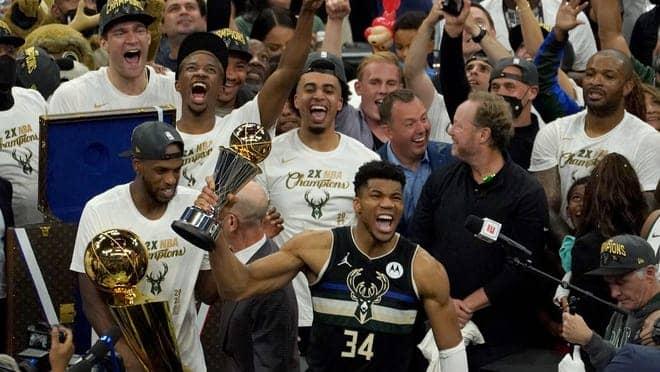 Jordan Nwora in the early hours of Wednesday made history with the Milwaukee Bucks winning the NBA 2021 Finals in his rookie year. The feat has also made him the very first player on the Nigerian team roster to win the NBA title.

The Bucks defeated the Phoenix Suns in the NBA finals in six games for their first title in 50 years. It’s the first championship for Giannis Antetokounmpo (Adetokunbo) who also proudly identifies with his Nigerian origin. Giannis brother Thanasis is also a winner as he plays on the Milwaukee roster.

The game which was watched live by many Nigerians has been reviewed over several times with the social media staying abuzz all day as the citizens hail their compatriots with different messages and write ups.

Nwora picked at number 45 of the NBA 2020 Draft is a part of the D’Tigers 12-man roster for the Tokyo 2020 Olympic Games starting on Friday. The Nigerian team is featuring a total of eight NBA players.

Jordan joins the league of Nigerians that have won the NBA title after the Hakeem Olajuwon, Ezeli, Kostas Antetokounmpo. Masai Ujiri who is the President of the Toronto Raptors is the only Nigerian and indeed African to have won it as a manager.