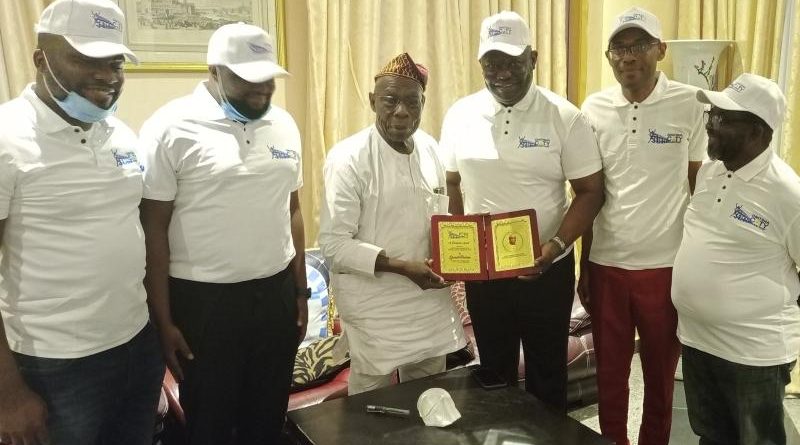 Obasanjo who promised to flag off the event in Onitsha, Anambra State, later in the year, noted that “the act of exercise is good for the body and soul, which has been part of his own daily routine.”

He spoke when the Local Organising Committee, members of the Marathon, led by Professor Olusegun Sogbesun, visited him at his Olusegun Obasanjo Presidential Library (OOPL) Pent House residence in Abeokuta, Ogun State at the weekend.

The amiable Elder Statesman, who accepted to be the Grand Patron of the Marathon, cited his concern and support for group and citizens who take special interest in the physical fitness of the citizenry, particularly the youths.

The Onitsha City Marathon is an initiative of the Onitsha Business School, developed to discover and harness the abundant sporting talents of the teeming youths of Onitsha metropolis and environs. It is also aimed at revolutionizing sports as a Socio-Economic Development tool.

Sogbesun said: “The 2021 edition will come with a lot of goodies, making it far better than the initial edition, with some board games like Scrabble, Chess, Ayo and Checkers for schools, as well as a Criterium (Bicycle Race). We are also likely to have a 10-kilometre race and the VIP race to spice up the week.”