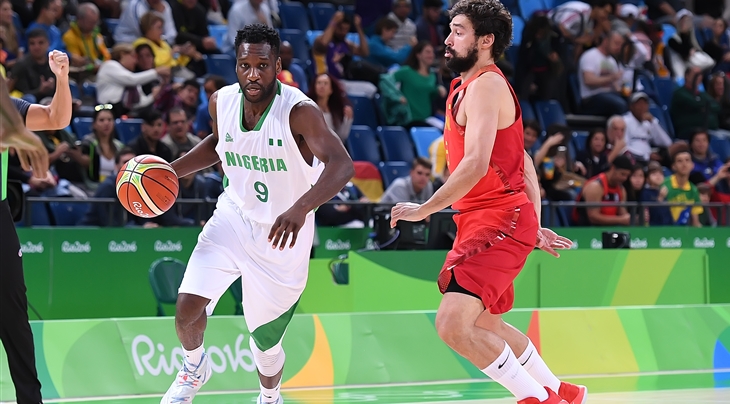 Nigeria’s shooting guard/small forward Chamberlain Oguchi has teamed up with French side Boulazac Basket Dordogne. The team did not state the period of the contract or the amount involved.

The former Soles de Mexicali forward who has played in several countries including Philippines, Venezuela, Iraq and Lebanon before returning to Europe. The shooting guard respected for his long range shots is expected to make his home debut for the Boulazac on the 25th of February against Roanne.

Boulazac are placed tenth in the French Basketball Pro B log.

Oguchi started for Nigeria with the 2005 AfroBasket in Algeria and then played at the 2006 FIBA World Championship in Japan, and the 2012 Summer Olympic Games in London.

At the 2015 FIBA Africa Championship held in Tunisia, Oguchi helped power Nigeria to their first ever African title, defeating Angola 74-65 in the final match. Oguchi led the team in scoring, averaging 16.6 points per game. For his impressive performance throughout the tournament, he was named Most Valuable Player and Best 3-Point Shooter. He was also named, with Al-Farouq Aminu, into the All Star Five of the 2015 Afrobasket in Tunisia.