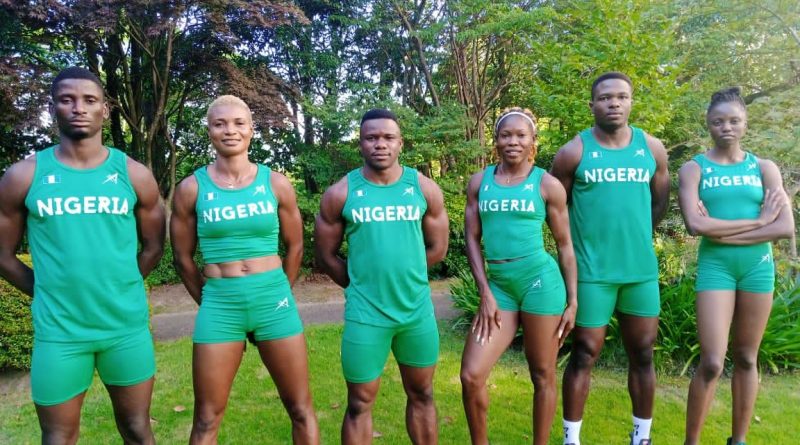 Athletics Federation of Nigeria President Tonobok Okowa has charged the track and field team to the 2020 Tokyo Olympics which got underway on Friday to rewrite their record of participation at the quadrennial games.

Nigeria’s track and field team has failed to win a medal in the last two Olympics and Okowa believes the story will be different in Tokyo.                  “I am confident our athletes will rewrite their record of participation at the event. The AFN has provided the enabling environment for the athletes and I am sure they will live up to our expectations,” the AFN president who is on his way to Tokyo told the athletes.

Okowa is predicating his optimism on the pre-Games form of the athletes and the huge support received from both the Federal Ministry of Youth and Sports Development and the Nigeria Olympic Committee.

”Ese Brume has proved her status as one of the best horizontal jumpers in the world. Her African record setting 7.17m leap at the end of May is the farthest any long jumper has landed so far this year.”

“The Minister’s adopt-an-athlete initiative has proved a game changer. For the first time in over two decades we have athletes who live here, train here and compete here achieve unprecedented feats. Adegoke ran 10.00 seconds to win the 100m at the Olympic trials at Yabatech last month. It is the fastest legal time ever achieved by a home based athlete on Nigerian track.

“Grace also achieved her phenomenal feat at Yabatech in March. Her 11.09 seconds time which qualified her for the Olympics is the fastest time achieved by a home based athlete in Nigeria in over two decades,” said Okowa who charges the duo to emulate the feat achieved by Ese Brume at the 2016 Olympics.

The AFN president advised the athletes not to get distracted by people who are bent on pulling them back.

The track and field athletes will move into the Olympic Village on July 25, five days before the start of the athletics event.