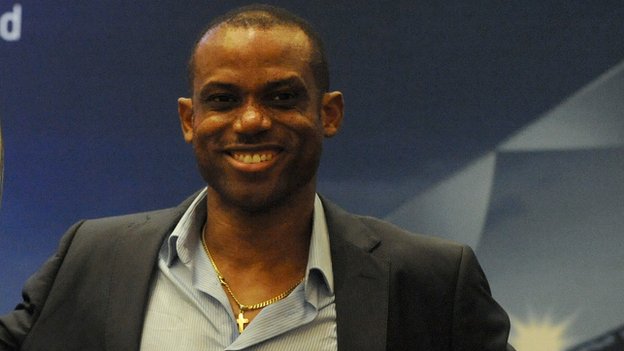 The former Nigeria coach and captain, Sunday Oliseh, has been appointed as coach of the Dutch second division club Fortuna Sittard.

Oliseh, resigned as Super Eagles coach ten months ago, previously played for Dutch giants Ajax from 1997 to 1999 and then Borussia Dotmund.

The Dutch club confirmed his appointment on their website on Tuesday saying he had signed an 18-month contract. The Nigerian has an option to extend it for another season. Oliseh who led Nigeria to France ’98 World Cup will take charge of the team from January 2.

Gün said, “With Sunday Oliseh we signed a young and ambitious coach with vision, one players look up to.

“We were looking for someone who plays attractive football combining it with the will to win. We think Sunday is the right one for this job,” Gun added.

Oliseh, who also played for Juventus during his club career, earned 63 caps for Nigeria.

He helped the Super Eagles win the 1994 Africa Cup of Nations and got the Olympic gold in 1996.