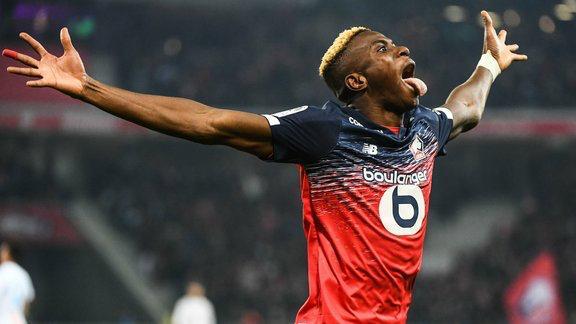 Nigeria forward Victor Osimhen is in Naples, Italy holding meetings with the Italian Serie A giants, SSC Napoli in conjunction with his manager. The Super Eagles attacker is on a move to Napoli.

Napoli manager are in the race to sign the Lille’s striker according to Sky reporter and Transfer journalist Dimarzio.

The Nigerian striker, currently at Lille, has now arrived in Italy in the company with his representatives to complete the deal. The attacker had remained in Nigeria after coming home at the death of his father.

The 21-year-old is expected to sign a five year deal with Gennaro Gattuso’s side after agreeing four million euros annual salary apart from bonuses.

The 21-year-old will meet with Napoli’s directors, visit the city, and evaluate a potential transfer to the Italian side.

Napoli are clearly determined to sign the young striker.