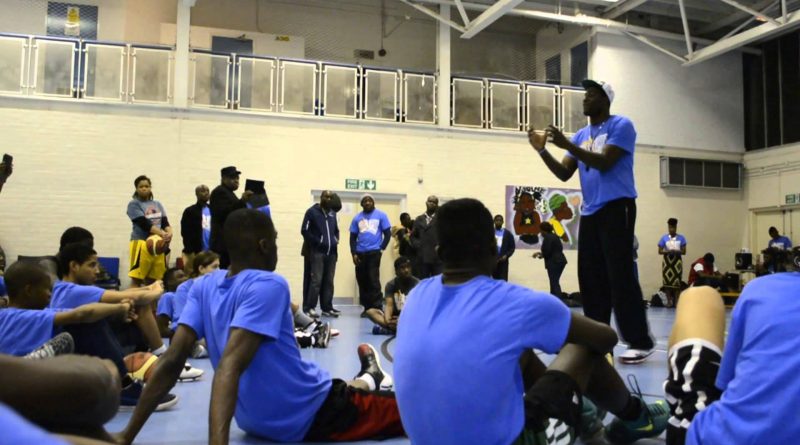 Pius Ayinor
The Olumide Oyedeji Basketball Camp will hold at the Sports Hall of the National Stadium, Lagos from August 28 and running daily for the next five days.
The camp holding in its 18th year for young players is part of the programmes of the Olumide Oyedeji Foundation which started in the year 2000. Over the years, more than 45,000 youth players have passed through the camp throughout the world, an official of the foundation told Extrasportsnigeria.com.
Oyedeji himself an ex-Nigeria international said the registration forms for the camp are available at the National Stadium; the Mobolaji Johnson Sports Complex, Rowe Park, Yaba and the Police College, Ikeja all in Lagos.
The Instructors for the participants aged from 5 to 18 years (boys and girls) include a national coach, Scott Nnaji and Michael Brant from Orlando Magic in the NBA. They will be joined by some of the coaches from the NBA Africa Games 2017.
Oyedeji, a former Seattle Sonics player said, “the camp is a way of giving back to the society that made him.”
He added that, celebrity athletes will talk to the players on the importance of playing basketball while combining it effectively with education. The camp will move to additional cities in Nigeria that would be named later. The camp had in the past been held in Ibadan, Port Harcourt, Osogbo, Jos, Kaduna and Abuja.
Oyedeji, who is also a FIBA Youth Ambassador said the camp’s MVP would as usual get a scholarship, while the top three players would have the opportunity to go to the NBA Academy. Previous NBA Academy camps held in London, South Africa, Angola, Senegal and Mali.