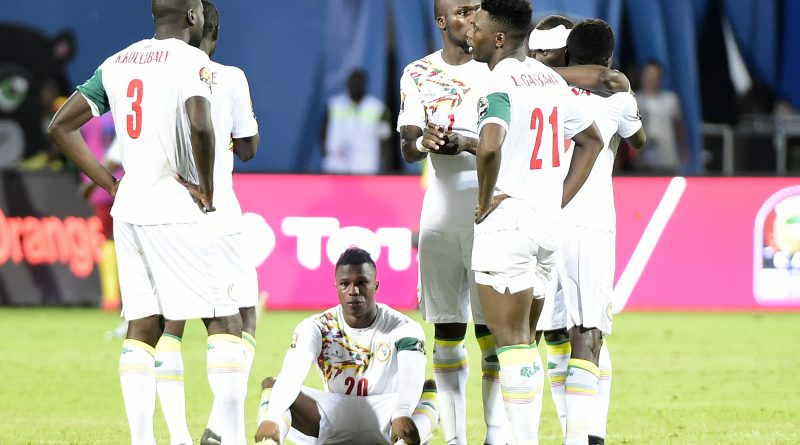 Sadio Mane agonisingly missed from the spot to allow Cameroon to beat Senegal 5-4 in a penalty shoot-out in their Africa Cup of Nations quarter-final tie on Saturday.

The match went to penalties after a goalless 120 minutes in the southern Gabonese town of Franceville, AFP reports.

After each side had successfully converted their first four penalties, Liverpool star Mane’s effort was stopped by Fabrice Ondoa in the Cameroon goal.

Vincent Aboubakar then stepped up to score and take the Indomitable Lions through to the last four at the expense of a Senegal side who were widely fancied coming into the tournament.

Cameroon, who also beat Senegal on penalties in the final of the 2002 Cup of Nations, can now look forward to a semi-final tie against either DR Congo or Ghana in Franceville on Thursday.

Senegal coach Aliou Cisse had missed the crucial spot-kick in that defeat to Cameroon in 2002, in his country’s only appearance in the Cup of Nations final to date.

Under him the Lions of Teranga had emerged as the team to beat in this year’s competition after comfortably making it through to the last eight, qualifying as winners of Group B with a game to spare.

The Senegal starting line-up showed 10 changes following their 2-2 draw against Algeria in their last outing, with only Kara Mbodj keeping his place.

The fresher of the two sides as a result, they had the edge in a close-fought first half, their best chance coming when Ondoa came for a Keita Balde cross and missed it but Cheikhou Kouyate headed over.

In front of one of the best crowds seen yet in Gabon, Senegal continued to look the more likely side after the restart, but when Mame Biram Diouf headed towards goal from Mane’s clipped cross, Ondoa held the ball at the second attempt.

Balde then tested the goalkeeper with a low strike from range, before Cameroon threatened midway through the second half.

Christian Bassogog’s pass found Benjamin Moukandjo onside in the penalty box, and the Indomitable Lions captain took a touch before prodding the ball towards goal, only for Abdoulaye Diallo to save.

Senegal finished normal time with a flourish and Idrissa Gueye’s powerful shot from the edge of the area took a deflection on its way towards goal, but Ondoa blocked and substitute Moussa Sow found the side-netting with the rebound.

Sow also turned a Balde cross wide in the 90th minute and the game went into extra time.

There, it was Cameroon who had the clearest opening halfway through the extra half-hour thanks to two substitutes, Jacques Zoua playing a one-two with Aboubakar inside the area before seeing his shot saved by Diallo.

And it was Hugo Broos’s side who held their nerve from the spot to go through, meaning Senegal will have to wait at least another couple of years before winning a first Cup of Nations crown.