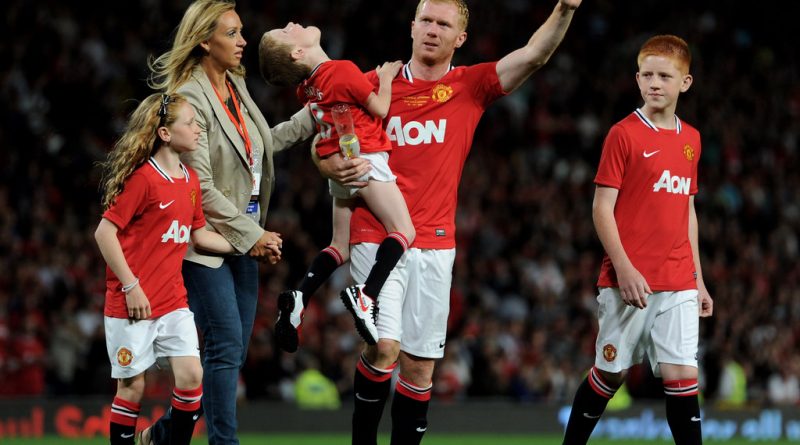 MANCHESTER United legend Paul Scholes’s marriage is in crisis after 27 years together. This is confirmed.

The ex-England hero’s wife Claire has left the marital home they shared for 21 years, The Sun has reported.

She is now staying 20 minutes away and no longer wears her wedding ring.

A source said the pair, both 45, are “devastated.” They added: “You have to feel for them as they both value family above everything else.

“They’ve been together forever and nobody saw this coming.”

Scholes met Claire in his local pub when they were 18 and they married six years later. They raised their three children at the home in Saddleworth, Gtr Manchester, they bought after the 1998 World Cup.

It is not far from the council estate where Scholes was brought up.

He cited missing Claire too much as the reason he retired from Three Lions duty in 2004, aged just 29.

Claire walked out on the Old Trafford pitch after his testimonial in 2011 and was by his side at The Class of 92 film premiere in December 2013.

Scholes, believed to have a £27million fortune, often shared pictures of him and Claire, but the last one on his Instagram page was in February.

A source said: “People have wondered for a while if things were OK.  Everyone is gutted their fears have been confirmed.”

Scholes is the latest United great from The Class of 92 to suffer marriage problems.

Both Ryan Giggs and Nicky Butt have also split from their wives.

But David and Victoria Beckham are together after 20-plus years.