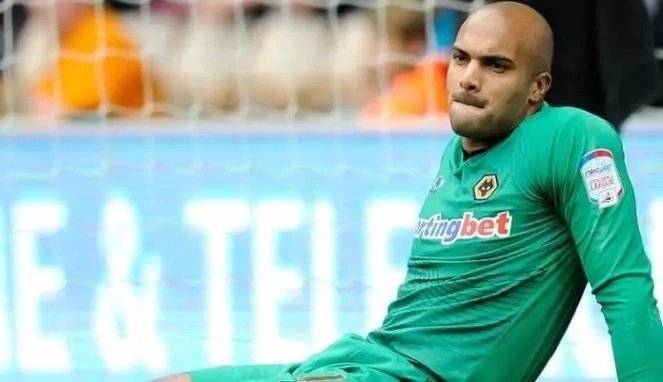 The Nigeria Football Federation and their President Amaju Pinnick have expressed shock at Carl Ikeme’s acute leukaemia diagnosis but. Pinnick and the federation members are praying and hopeful that the Super Eagles and Wolves goalkeeper will recover from the acute leukaemia which became public on Thursday, Extrasportsnigeria.com reports.

Pinnick who expressed his feelings through a series of Tweets wrote, “The Nigerian football fraternity and indeed the world, pray for @Carl_Ikeme as he faces this tough but not impossible journey. We believe.

“We believe this strength will see @Carl_Ikeme through. Stay strong @Carl_Ikeme and have faith. You will beat this like a champion.

“As devastating as this is, we also know @Carl_Ikeme possesses the fighting spirit associated with Nigerians. We are behind Carl completely.”

And through an NFF statement, the General Secretary, Dr. Mohammed Sanusi said, “What? This is very, very sad. Carl Ikeme diagnosed with acute leukaemia? This is harsh.

“Our thoughts are with Carl at this difficult period. The NFF and the football fraternity in Nigeria are taken aback by this sad development, knowing how strong Carl has been in goal for Nigeria since he made his debut in 2015.

“We have been told that he will start chemotherapy immediately. We want him to stay strong and remain the self-assured man that he has always been, and we will continue to pray for him and wish him the best with regards to the treatment.”

He was in goal for the Super Eagles over two legs of the 2018 FIFA World Cup preliminary round against Swaziland, as well as the 2-1 defeat of Zambia in Ndola at the beginning of the group phase of the 2018 FIFA World Cup race. He was also in action against Tanzania and Egypt in 2017 Africa Cup of Nations qualifying matches, and in friendly games against Mali and Luxembourg in Europe last year summer.

He however missed the final games of last season for both club and country due to injury.