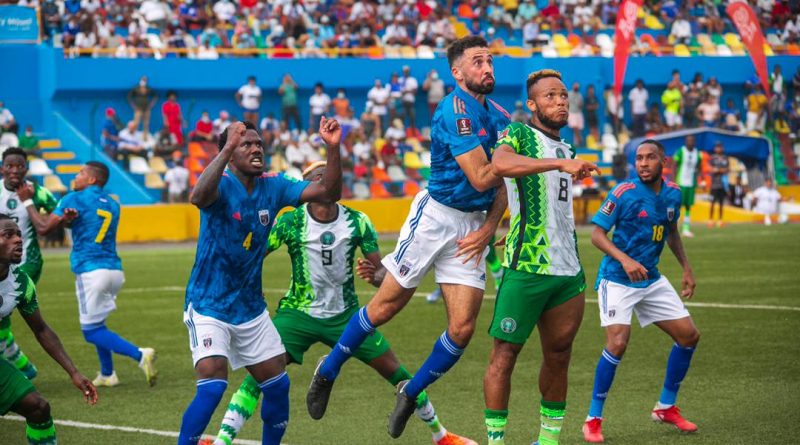 President of the Nigeria Football Federation, Amaju Pinnick has praised the Super Eagles for their fighting spirit in coming back from a goal down on a difficult pitch in Mindelo, Cape Verde on Tuesday to earn three precious points. The win established Nigeria as firm leader of Group C of the African series for the FIFA World Cup Qatar 2022.

The victory shot the Eagles to six points, three more than second-placed Liberia, with Cape Verde and Central African Republic stuck at the bottom of the table with one point each.

“That was what I call a fighting performance. That is the universally acknowledged ‘Nigerian spirit’. That is the attitude of champions. The pitch was not the best; the weather was not the ideal, but they remained focused on the big picture and eked a win that guaranteed all the points. Six maximum points from two matches is something to celebrate.

“Against Liberia in Lagos, they played on a wet pitch because it rained and still got the job done. Against Cape Verde, they were a goal down on an artificial turf they would rather not play on, yet they took to the task with the mentality of winners and left with the spoils. We have not won the group yet, but we are in a good place and I see us picking the ticket to the knockout round before the final day of the group phase.”

Pinnick particularly noted that the absence of UK-based players (due to the British Government’s insistence that persons who travel to Cape Verde – which is on their red mark – must quarantine for 10 days on return to The UK afforded the technical crew the opportunity to test a number of new blood and ascertain their readiness for the big time.

“While we would have loved to have the UK-based players on the trip, I am enamoured by the fighting spirit of those who picked shirts. They delivered with aplomb and this has certainly provided depth for the squad going forward.

“Now, we must sustain the momentum. It is important that the team is able to replicate the same strong focus, the same compact play, the same fighting spirit and the same marksmanship in the double face-off with Central African Republic early next month.”

Victor Osimhen brought Nigeria to parity after profiting from a defensive howler, 10 minutes after the hosts had taken the lead with a ferocious shot by Dylan dos Santos Tavares that screamed past the flailing hands of goalkeeper Maduka Okoye.

With 15 minutes to go, Kenny Santos Rocha spectacularly lobbed goalkeeper Vozinha for Nigeria’s winning goal when attempting a back pass.

On their way to qualifying for the FIFA World Cup Russia 2018, the Super Eagles also won their first two matches of the campaign, edging Zambia 2-1 in Ndola before hitting Algeria 3-1 in Uyo.

PHOTO: Midfielder Chidera Ejuke and forward Victor Osimhen go for the ball in the Cape Verdean defence in Mindelo on Tuesday.