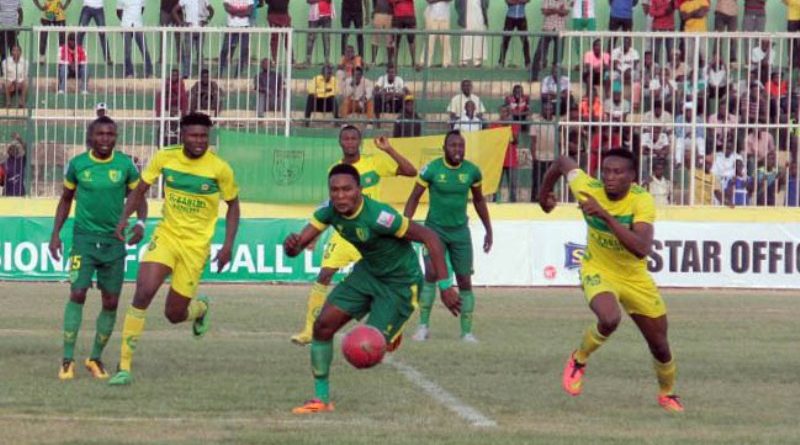 Nigeria Professional Football League leaders Plateau United suffered their first defeat of the season when Akwa United beat them 2-1 at the Godswill Akpabio Stadium in Uyo on Sunday.

Christian Pyagbara had scored the first goal for the hosts rounding off Plateau goalkeeper, John Gadi in the sixth minute, before AlHassan Ibrahim made it 2-0 in the 50th minute, completing a well-worked move, started by Musa Newman.

Plateau found one goal a minute later, with Chima Ndukwu scoring the consolation, and all attempts to find the equaliser went futile for the table-toppers.

In Akure, Sunshine Stars survived the scare by new boys, Abubakar Bukola Saraki FC to draw 2-2. Ernest Governor had headed the visitors ahead on 11 minutes, and it took twenty minutes for Ayo Saka to find the equaliser for Sunshine.

Four minutes before half time, Alaba Adeniyi put the hosts ahead, converting an Anthony Omaka assist before Adeshina Gata scored for ABS on 55 minutes, making both sides share a point each, at the end.

Enyimba’s Peter Suswam got a red-card for disputing a call from the referee in the 60th minute, as the seven-time Nigerian champoions fell 1-0 to Niger Tornadoes at the Confluence Stadium in Lokoja.  A 13th minute goal from Sadiq Suleiman was all that was needed to settle the match, taking advantage of a defensive error by Enyimba.