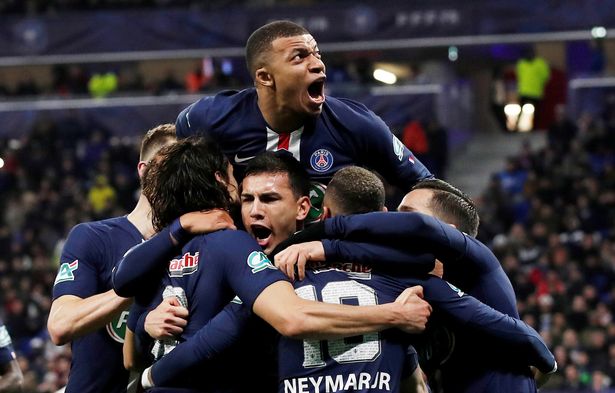 PSG have been crowned French champions following a vote to cancel the remainder of the season due to coronavirus.

The French authorities banned all sporting events from taking place in the country until at least September, forcing the football season into an early conclusion, according to a Daily Mirror report.

That saw Ligue 1 chiefs forced to scramble into action to decide how best to end the campaign, with UEFA having all but ended any chance of seasons being voided, with their declaration that any European qualifiers next year must be decided on “sporting merit” based on the current campaign.

Last week saw Holland resolve their season, with no champions named – Ajax and AZ Alkmaar were level on points – and no relegation.

Now Ligue de Football Professionnel has formally announced PSG as Ligue 1 champions for the 2019/20 campaign, despite having 11 games remaining.

PSG will play Champions League football next season alongside Marseille and Rennes, who were placed second and third respectively.

Lille, Reims, and Nice will play in the Europa League.

At the other end Amiens and Toulouse, who were 19th and 20th respectively, have been relegated to Ligue 2.

Meanwhile, FC Lorient have been awarded the Ligue 2 title. They will be promoted to the French top-flight alongside RC Lens.

PSG have won the Ligue 1 title in six of the last seven seasons, and were twelve points clear of second place Marseille this season, also with a game in hand.

PSG are still involved in this season’s Champions League, and chairman Nasser Al-Khelaifi insists his team will still be taking part, even if it means playing abroad.

“We respect of course the French government decision – we plan on competing in the Champions League with UEFA agreement – wherever and whenever it is held,” he said.

“If it is not possible to play in France we will play our matches abroad subject to the best conditions for our players and the safety of all our staff.”

The news of PSG’s coronation will be taken favourably by Liverpool fans, who are waiting to see how the Premier League season will be concluded.

Liverpool’s gap over second-placed rivals Man City is more than double PSG’s lead, at 25 points, and with fewer games still to play.

The decision by French chiefs hands the Premier League a precedent that they can indeed follow, if the English top flight is unable to return.