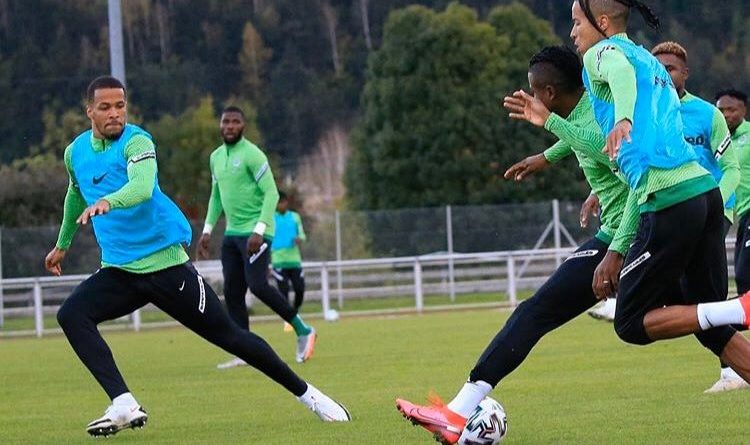 The Confederation of African Football has approved only 5,000 spectators for the FIFA World Cup qualifying match between Nigeria and Liberia. The NFF confirmed the number on Friday for the match billed to hold at the Teslim Balogun Stadium, Lagos on Friday, September 3.

The NFF had applied to have 12,000 spectators at the venue, Extrasportsnigeria.com learnt.

The Nigerian federation released the CAF the letter signed by Raul Chipenda, Development Director which reads, “As it is known, we would like to reiterate that the CAF and FIFA covid-19 match protocols clearly state that all matches must be played behind closed doors. Nonetheless, CAF analysed and assessed your request from a medical, stadium requirements compliance, and safety & security perspective in your venue. Accordingly, a decision has been taken to exceptionally allow the presence of 5,000 spectators in the aforementioned match,”

The Day 1 clash between the Super Eagles and the Lone Star will commence at 5pm Nigeria time, with Attiogbe to be assisted on the lines by compatriots Komlan Domenyo Adiwotso (assistant referee 1), Limna Kabassima (assistant referee 2) and Yelebodom Gado Bodjona (fourth official).

FIFA has also appointed Munkaila Nassam Adam from Ghana as match commissioner, while Abdellah El Achiri from Morocco will serve as referee assessor.

The match officials are expected to arrive in Lagos on Wednesday, while the delegation of Lone Star is scheduled to land on Tuesday.

Also, the 5,000-capacity Estádio Municipal Adérito Sena on the island of Mindelo will host the Day 2 clash between the Super Eagles and the Blue Sharks of Cape Verde.

That game will hold on Tuesday, 7th September, with the Super Eagles set to fly out of Lagos aboard a chartered jet on Monday, 6th September and return to Nigeria immediately after the match.