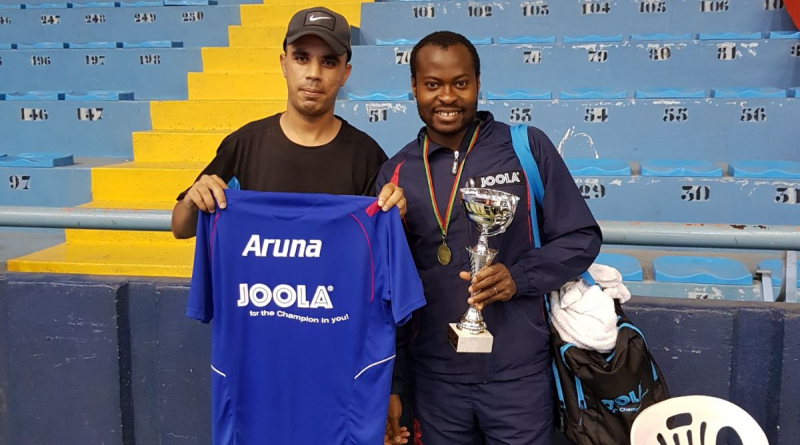 For the first time in recent times, Nigeria’s Aruna Quadri defeated his continental rival – Egypt’s Omar Assar in the final of the 2017 ITTF Africa Cup to qualify for the ITTF World Cup in France.

Having conquered Egypt’s Mohamed El-Beiali 4-0 in the semi-final, Quadri showed his class to beat Assar 4-3 in the men’s singles final to the admiration of the fans at the venue.

Without any doubt the match has been described as a good showcase of Africa as both players played their heart out to the excitement of the fans at the venue.

An excited Quadri said he believes luck was in his favour as his opponent also played well.

He said, “I am so happy and I think luck was in my favour and I look forward to play in the ITTF World Cup later this year in France.”

In the women’s singles final, Funke Oshonaike surrendered well to Egypt’s Dina Meshref in the final as the Nigerian lost 4-0.

Quadri and Meshref will represent Africa at the ITTF World Cup later in the year.