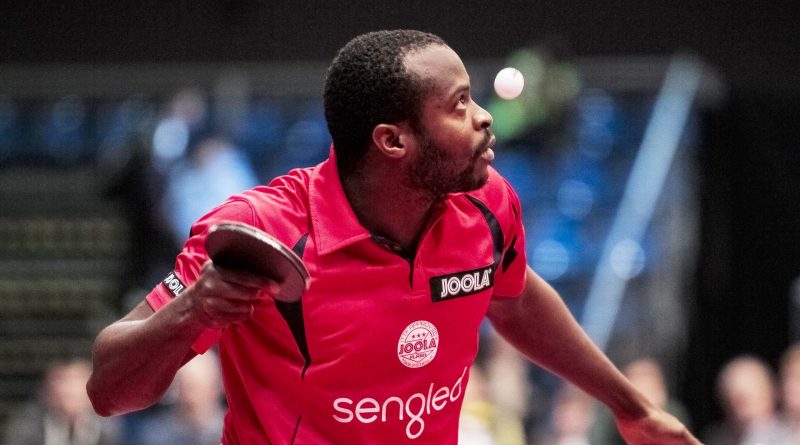 Aruna Quadri has been knocked out of the ITTF World Tour – German Open – with the Premier Lotto ambassador losing out on Monday.

After Quadri’s 4-2 loss to virtually unknown Hungarian – Bence Majoros in the preliminary round, the Nigerian star is now heading to the Swedish Open, which holds next week in Stockholm.

After the disappointing loss, Quadri restored his pride with a convincing 4-1 win over Czech Republic’s Michal Obeslo. But the victory could not progress him to the knockout stage of the preliminary round.

Quadri who spoke after his victory over Obeslo said, “I think the second match against the Obeslo was much more difficult having lost the first group match. The first match was a very difficult match because I knew nothing about my Hungarian opponent while his style of play was strange with a very strong backhand. I hope I can play better in the next tournament but it happens like this in sports. I am not going to give up, I just have to continue to play and remain focus in training. The tournament is tough because the best players in the world are here and I must also commend the organization of the tournament.”

From November 9, the main draw of the singles will start with all eyes on the new ITTF World Cup champion, Dimitrij Ovtcharov and his compatriot – Timo Boll.

As the last ITTF World Tour of 2017, Quadri had been seeded number 22 and the tournament serves off on November 13 with the preliminary round while the main draw will hold from November 16 to 19.