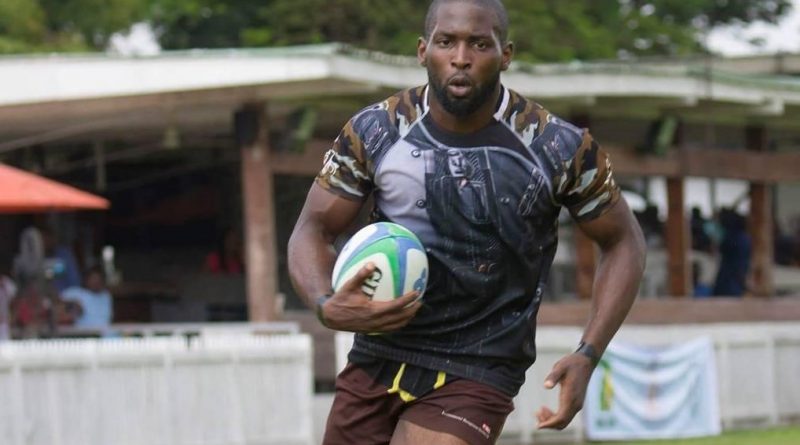 Racing RFC held defending champions Cowrie to a 3-3 draw in the final match of the “Friends of Rugby” organised South West Rugby League which rounded off on Saturday at the National Stadium, Lagos.

The Technical Director of the Nigeria Rugby Football Federation Ntiense Williams also explained on Sunday that Panthers opened proceedings of competition by beating Dragons 14-0 in the first match of the Division Two League. Gosar went on to defeat Eco 2 by 17 points to nil in the second match of the day which was a war of the Ajegunle warriors,

In Division One, Racing and Cowrie played draw in a high tempo final but before that game the Police team had walked over Lagos.

Gosar topped the Div 2 table with 21 points; Panthers are second with 18 points and followed by Eco 2 with 9 points. Dragons are bottom of the table with 5 points.

In the First Division, Cowrie won and retained the rugby league with 24 points. They are closely followed by the Police with 15 points, whilst Racing are in 3rd position with 14 points and Lagos in fourth position without a point. Lagos has thus been relegated to the Second Division, while Gosar gained promotion to the top league.

There will be a new entrant into the second division in a playoff early 2018 while the 4th team Dragons have been dropped.

The South West Rugby league started early in the year with the first phase completed before the board politics and elections. It resumed the second phase after the completion of the prestigious Independence Sevens Tournament in November.

The winners of the two leagues walked away with a floating trophy and cash prizes courtesy of the Nigeria Rugby Federation President Kelechi Mbagwu. He promised a much better National Rugby League come 2018 in three conferences and better sponsorship.